President Trump tweeted a criticism of CNN, so the anchors decided to address him on the air 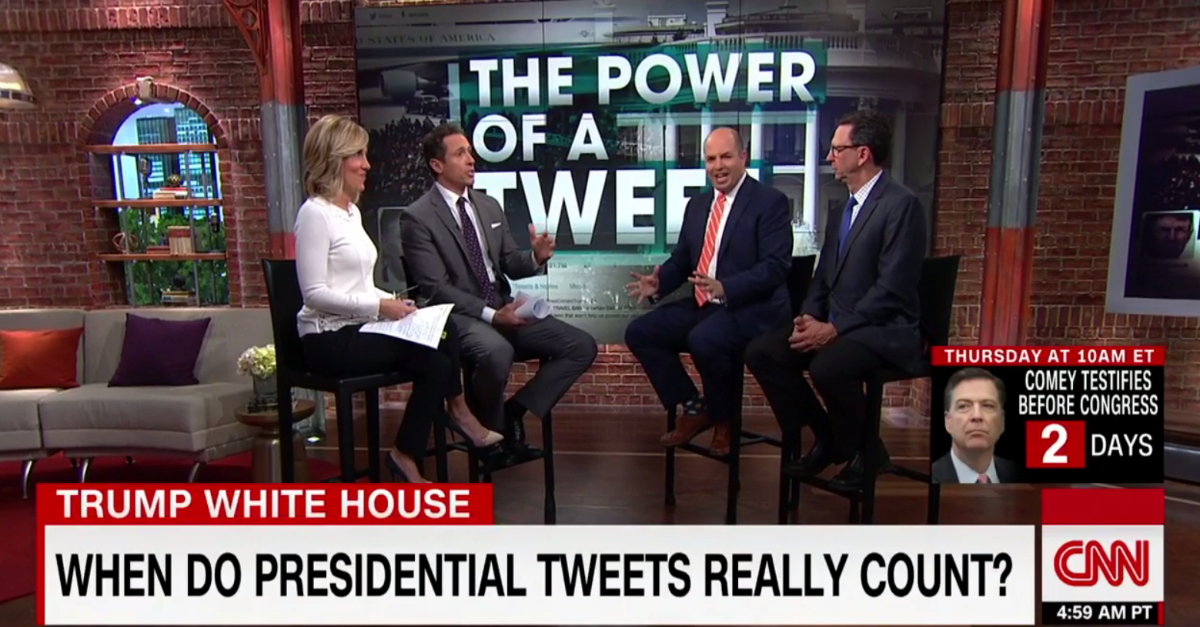 The FAKE MSM is working so hard trying to get me not to use Social Media. They hate that I can get the honest and unfiltered message out.

The president didn’t mince his words, calling out specific news outlets in a follow-up:

Sorry folks, but if I would have relied on the Fake News of CNN, NBC, ABC, CBS, washpost or nytimes, I would have had ZERO chance winning WH

RELATED: Following a contentious interview, Kellyanne Conway is ready to see an NBC news anchor and others fired

Just afterward, CNN’s “New Day” crew noticed that the president mentioned their network during their segment:

“Did he just tweet? Did I feel something?” asked CNN’s Brian Stelter.

Co-anchor Chris Cuomo, who noted that Trump often watched the show, joked that the tweet was addressed to Stelter and his new baby. He then read the actual tweet live.

Georgetown Washington University’s Frank Sesno noted that the president’s use of social media “works with his 30 million followers” and “unsettled Washington.”