President Trump gave a speech in Warsaw, Poland during his second foreign trip in office.

There, the president shared his support for Western values, influencing the crowd to interrupt him:

“Just as Poland could not be broken, I declare today for the world to hear that the West will never, ever be broken,” he said. “Our values will prevail, our people will thrive and our civilization will triumph.”

The crowd began to chant “Donald Trump,” before the president could return to his speech.

He then encouraged the audience to “fight like the Poles.” 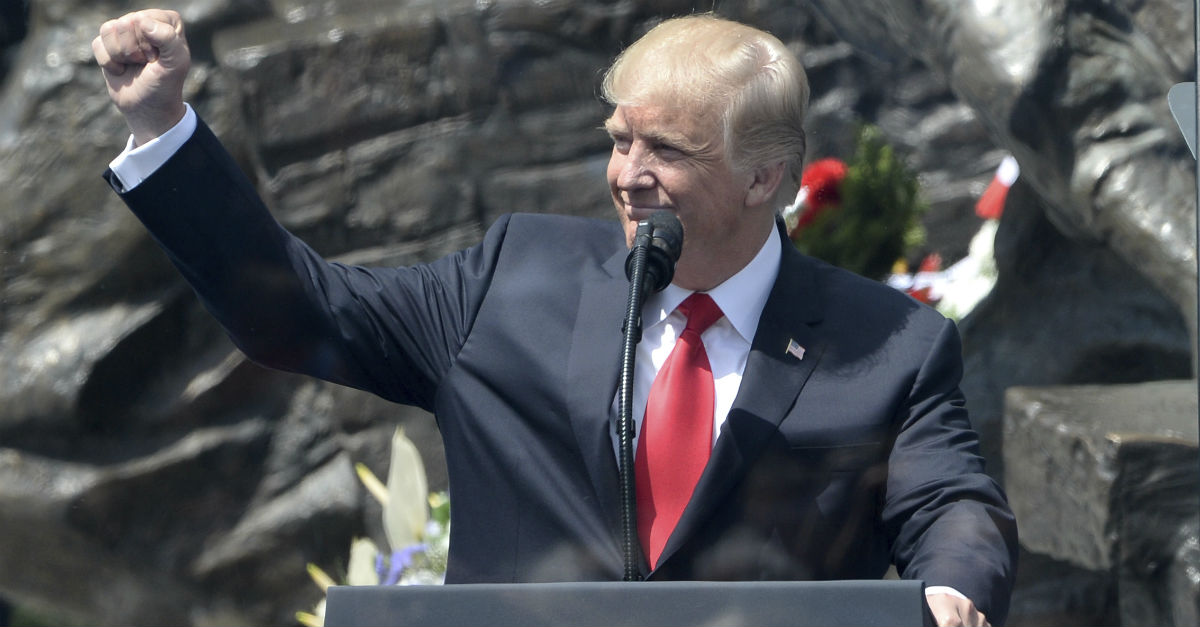