Trump had refused to release his tax returns, saying that he would do so once he was no longer under audit. The IRS combated this sentiment, noting that he could still release his returns, as is customary for presidential candidates.

And according to the ladies of ABC’s “The View,” the story was just one huge distraction.

“That’s a 12-year-old tax return,” Whoopi Goldberg criticized. She argued that Trump had already made the case against himself, as he had bragged “several times” during the 2016 presidential campaign that he did not pay taxes.

Goldberg said that the news of his tax returns felt like “more distractions” from things such as the House Republican-backed Obamacare repeal and replacement plan, Trump’s wiretapping claim and any potential ties the Trump campaign might have had to the Russian government.

“This is smoke and mirrors,” she observed. “There’s other stuff going on that’s more important.”

Jedediah Bila believed that Trump himself had already made public the fact that he took full advantage of legal loopholes.

“But I think there are bigger issues going on right now,” she said in agreement.

The ladies then argued over healthcare. 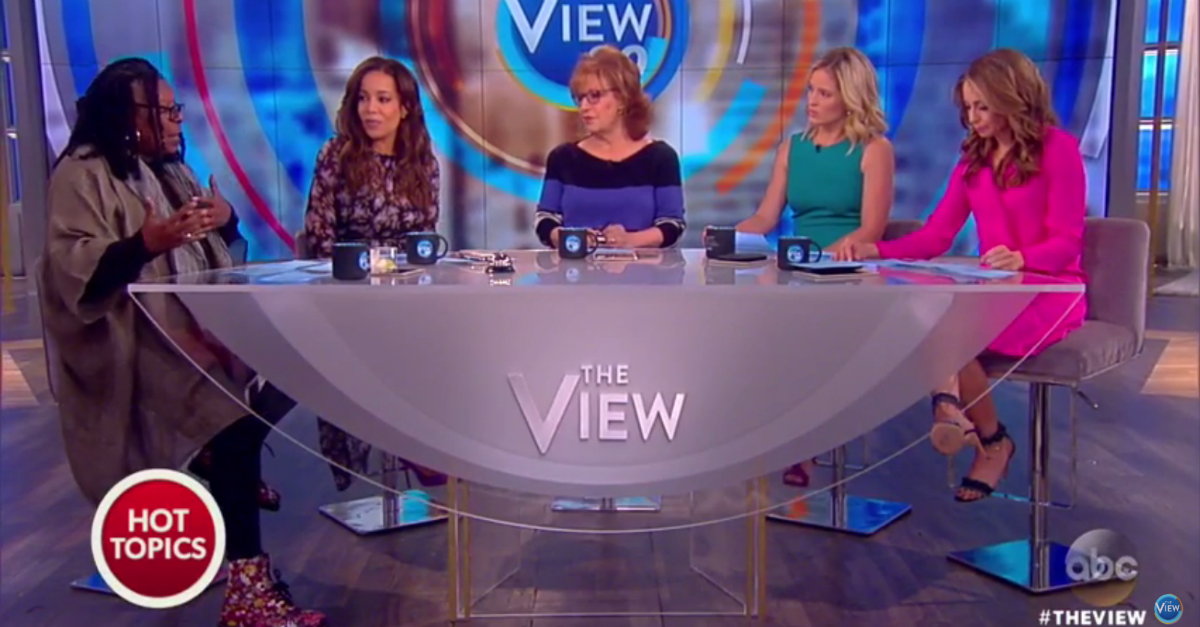