Reince Priebus was struggling to get a word in, so he took matters into his own hands 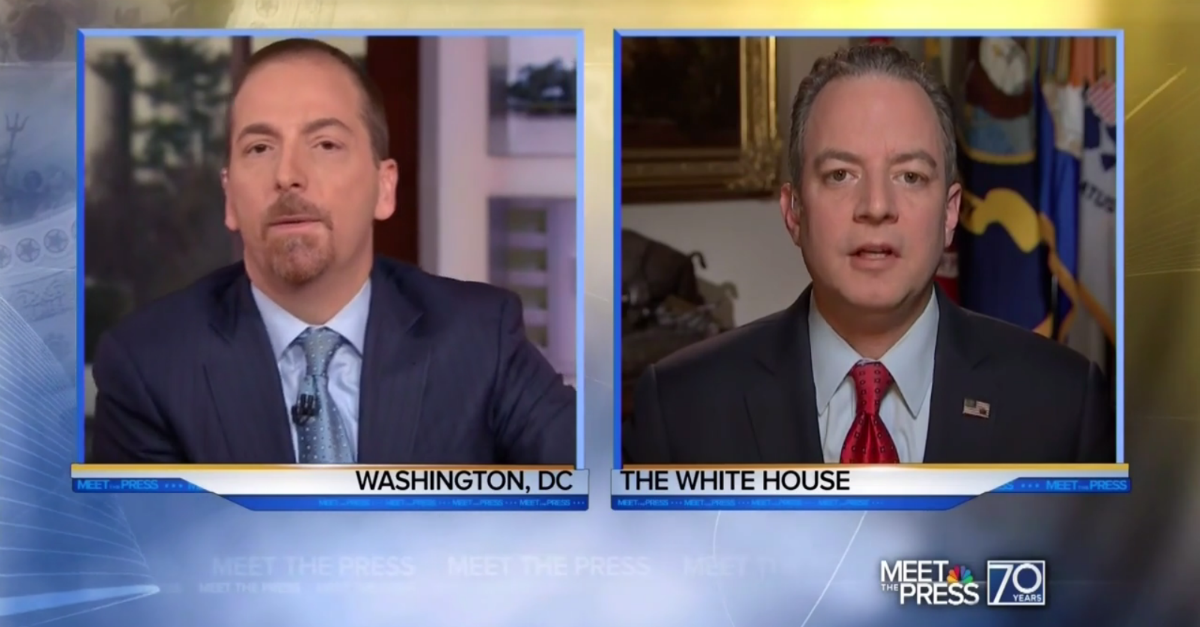 There were some flames between White House Chief of Staff Reince Priebus and Chuck Todd of NBC’s “Meet the Press” after the men entered a heated discussion on Sunday about the details of President Trump’s temporary immigration ban from seven countries.

Todd had a question in particular about the effect had on green card holders after it was revealed on Saturday that the ban also extended to them.

However, Todd’s style of questioning did not sit well with Priebus, who let him know as much as he struggled to get a word in.

“If you would just slow down for a second and listen, I could answer your question,” Priebus insisted. When Todd stated that he was still confused, Priebus jabbed: “It’s because you don’t stop talking, Chuck. I love you, but let me answer the question.”

Priebus got his word in after the jab.

Priebus also spoke about the status of green card holders on ABC’s “Face the Nation:”