Rep. Maxine Waters took her criticism of President Trump’s administration a step further than most 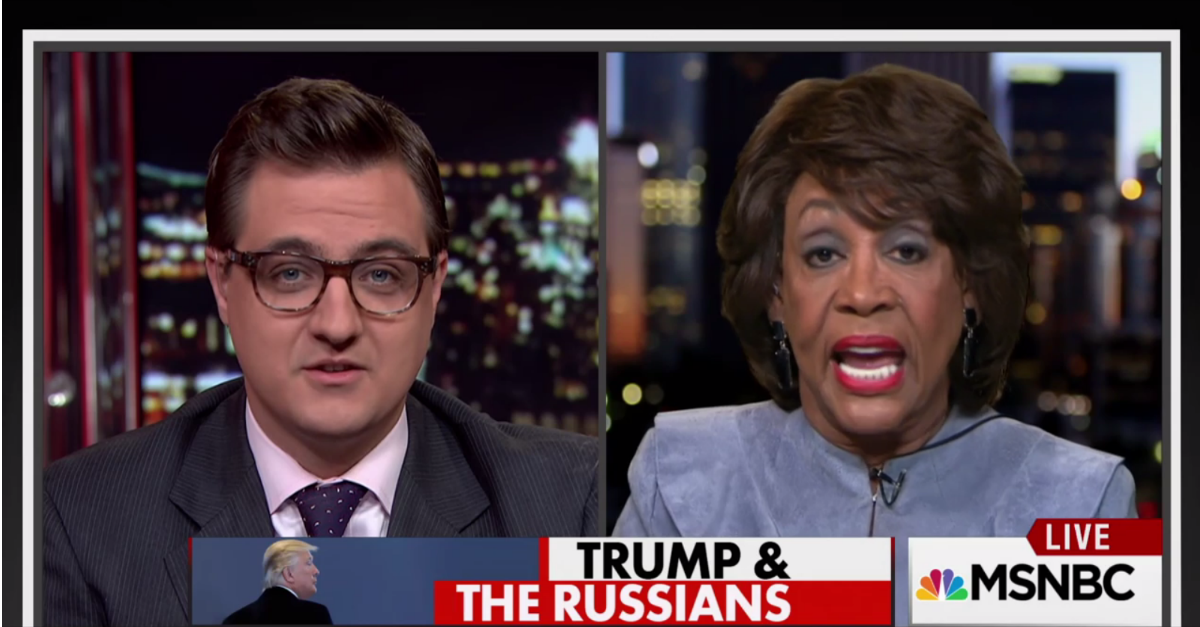 During a Tuesday interview on MSNBC’s “All In with Chris Hayes,” Waters criticized members of  Trump’s cabinet.

Rep. @MaxineWaters: Trump friends and advisors with ties to Russia are "a bunch of scumbags" #inners https://t.co/L8EBBvAQ3i

“This is a bunch of scumbags,” she declared. “That’s what they are. Who are all organized around making money.”

When asked to clarify, Waters revealed she was speaking about Secretary of State Rex Tillerson, as well as other members of the Trump administration.

Waters is no stranger to criticism of the Trump administration. Hers is one of the more persistent voices calling for his impeachment:

Tomorrow, @MaxineWaters stops by and shares her thoughts on a Trump impeachment. Find out why she's in favor, in this clip. Tune in! pic.twitter.com/wV16Cm7WDh