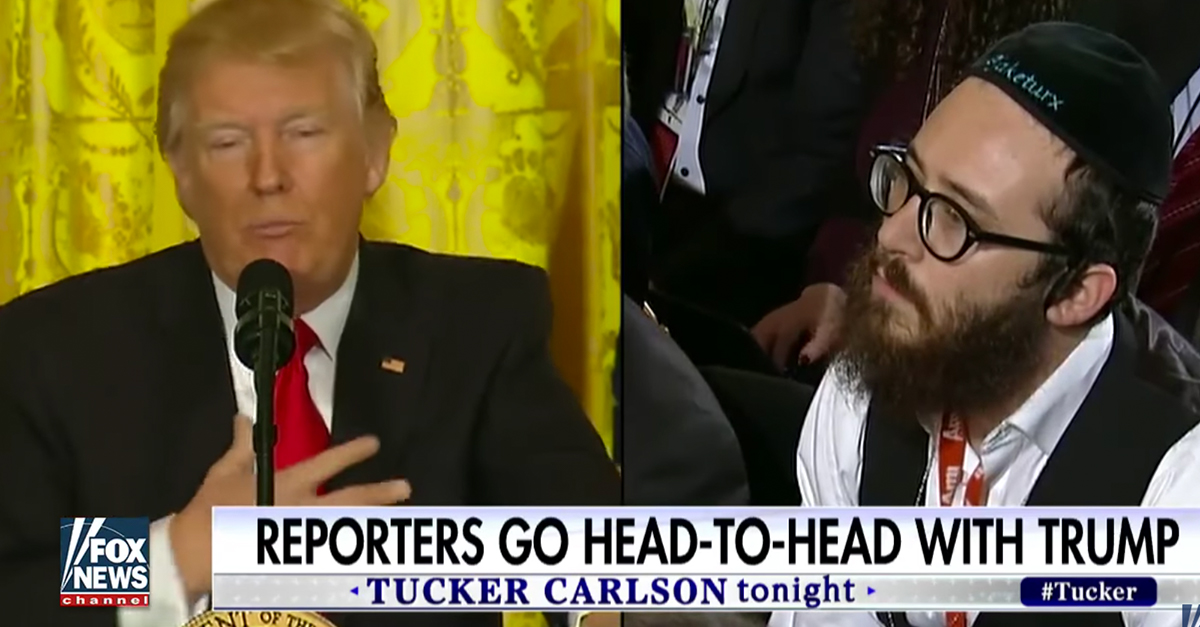 Turx made headlines when he asked President Trump about whether there was a rise of antisemitism in the United States. Trump explained that he wasn’t an anti-Semite, then later told Turx to “sit down” and stop talking.

According to Turx, President Trump is bothered on a personal level that there is anti-antisemitism in the United States.

“He’s done an unprecedented amount of outreach for the Orthodox Jewish Community…I’ve seen him firsthand…It’s very unfair what’s been done to him, and I understand why he is so defensive,” Turx said.

Earlier in the day, Turx took to Twitter to defend the president.