A short segment looked at some of the teens who were sent to the camps by their parents. Though the practice has been outlawed in some states, as it is not recognized as a legitimate medical practice, there are some such as Peter Sprigg, senior fellow at the Family Research Council, who hope that the practice remains legalized.

Following the segment, “Good Morning America” anchor Robin Roberts reflected on her own relationship with her family when she came out.

Roberts said that her parents were very religious themselves and that they were supportive of her:

“I’m so grateful, especially after seeing this, how supportive they were of me as a gay woman and my family and friends and I’ll never forget my mother saying, ‘God loves you because of who He is, not because of anything you do or don’t do.'”

Anchor George Stephanopoulos praised Roberts’ parents for living by the “essence of Christianity.” 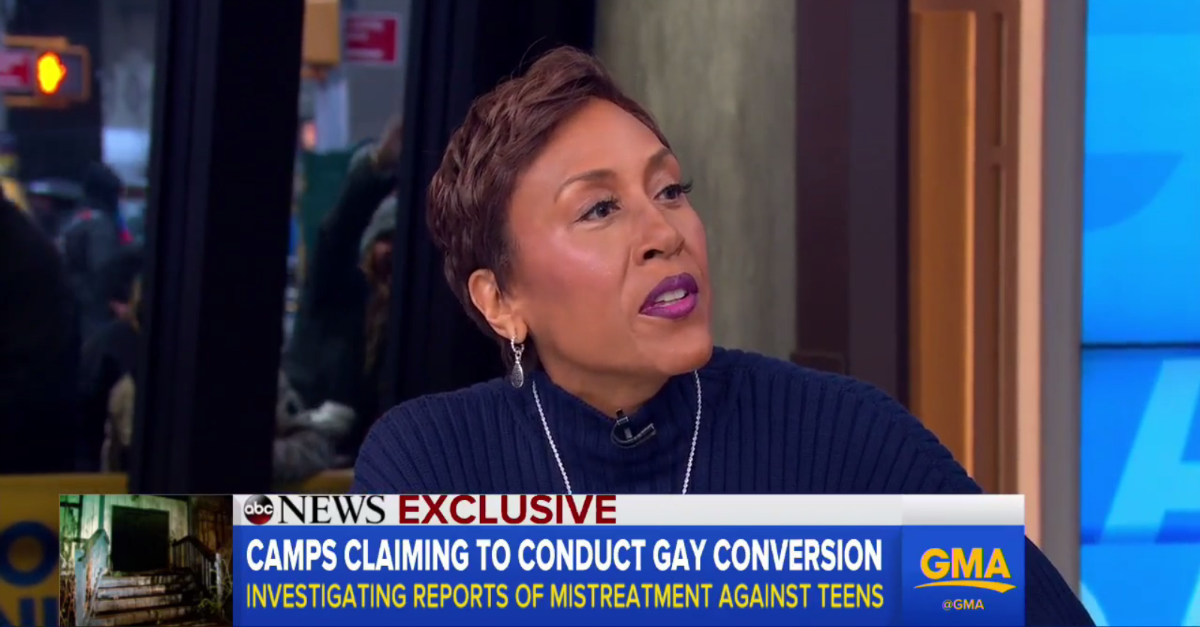