Roger Ailes, the man who made Fox News into a global juggernaut, has died 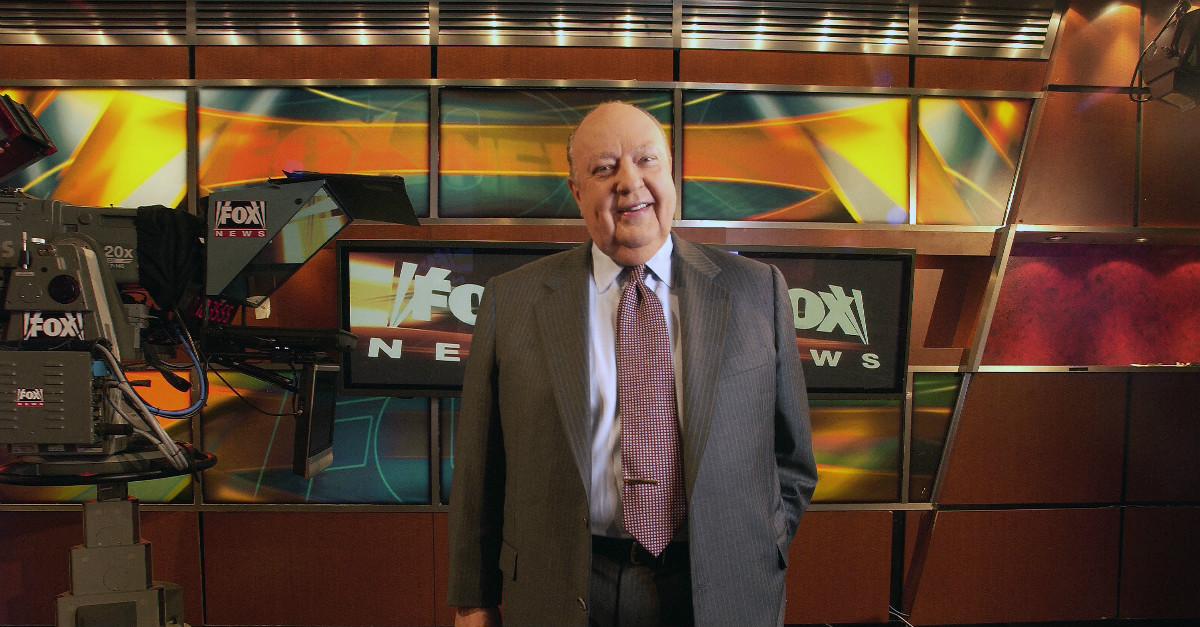 AP Photo/Jim Cooper, File
FILE - In this Sept. 29, 2006 file photo, Fox News CEO Roger Ailes poses at Fox News studio in New York. At age 76, Ailes has been vanquished from Fox News Channel, which he masterminded almost 20 years ago and had lorded over ever since. Little more than two weeks ago, a lawsuit filed by former Fox News host Gretchen Carlson charged him with sexual harassment. He denied her allegations, and those from other past and present female co-workers who spoke up after her. But with blistering speed his reign ended Thursday, July 21, 2016. (AP Photo/Jim Cooper, File)

According to The Drudge Report and Fox News, Roger Ailes has died. The former Fox News Chairman’s death was confirmed in a statement by his wife, Elizabeth Ailes.

“I am profoundly sad and heartbroken to report that my husband, Roger Ailes, passed away this morning. Roger was a loving husband to me, to his son Zachary, and a loyal friend to many,” Ailes wrote in a statement published on The Drudge Report.

“He was also a patriot, profoundly grateful to live in a country that gave him so much opportunity to work hard, to rise—and to give back. During a career that stretched over more than five decades, his work in entertainment, in politics, and in news affected the lives of many millions. And so even as we mourn his death, we celebrate his life…”

RELATED: Long before Megyn Kelly came forward about Roger Ailes, Steve Bannon warned him that she might betray him

Prior to his time at Fox News, Ailes worked with President Richard Nixon and President Ronald Reagan. He became the first CEO of Fox News upon its inception in 1996.

In his later years, Ailes was plagued by a series of high-profile sexual harassment lawsuits and allegations that ultimately led to the end of his career at Fox News. During the 2016 presidential campaign, Ailes served as an adviser for his longtime friend, President Donald Trump.

No cause of death has been reported at this time. Ailes was 77.