Oof. Rosie O’Donnell and Ellen DeGeneres have got some making up to do. On an episode of Watch What Happens: Live, Rosie just revealed why she never went on Ellen’s show. Ellen actually said something incredibly hurtful about Rosie and, as a result, she never emotionally recovered.

Andy Cohen asked Rosie what the deal was. “We got a question that I was interested in,” he said he looked at a viewer comment card. “Uh… Ryan B. said, ‘I loved your iconic ‘Lebanese’ moment with Ellen DeGeneres on The Rosie O’Donnell Show, but why were you never a guest on Ellen’s show during its 20-year run?’”

This opened up a whole can of worms that many didn’t know was sitting right in front of us this whole time.

Rosie explained that the great moment of Mariah Carey-esque betrayal came when Ellen was on Larry King’s show.

“We had a little bit of a weird thing,” Rosie said. “After my show went off the air and hers was coming on the air, Larry King was on with Ellen and he said, ‘Whatever happened to Rosie O’Donnell? Her show went down the tubes. She came out as a lesbian and disappeared!’ And Ellen said, and I’m quoting, ‘I don’t know Rosie. We’re not friends.'”

For context, Ellen very much did know Rosie, who introduced Ellen as “My buddy” when she invited her on her talk show. The two, in fact, shared a joke that people still remember today, and many consider that appearance to be the moment that Ellen unofficially came out as a lesbian.

Rosie asks Ellen what’s next for her character, who Ellen says is about to come out as “Lebanese.” At this moment, Lebanese is code for lesbian. Ellen continues to explain that there are clues in the show, such as her character eating hummus and babaganoush. Another clue is that she’s a fan of DJ Casey Kasem, Ellen jokes.

“Hey, wait a minute. I’m a big fan of Casey Kasem, listen,” Rosie responds, as she plays a clip of his. “Maybe I’m Lebanese!”

“You could be Lebanese,” says Ellen. “I pick up sometimes that you might be Lebanese.”

The two lesbians, neither who had officially come out (daytime TV was very different in 1996), continued with their metaphorical banter.

“Well, I think that’s great, you know a lot of networks wouldn’t take the risk,” says Rosie. “You know? Going different, ethnically, with a character like that.”

Ellen then said that half of Hollywood is Lebanese.

“That’s it,” said Ellen. “We have to change people’s perception about Lebanese.”

The two continue to joke about being Lebanese, much to a hysterically amused audience. It was a historical moment for daytime television, and it very likely may have had an effect on both Ellen’s and Rosie’s confidence to open up about their sexualities soon after.

Ellen officially came out as a lesbian on April 14, 1997, via a Time magazine cover story. Her character followed suit on the show Ellen, the same month. Rosie came out shortly after 9/11 while at New York’s Caroline Comedy Club in February of 2002. She referred to the event as “a blip” that no one paid attention to, because so many celebrities had already come out by then.

So, when Ellen told Larry King that “I don’t know Rosie. We’re not friends,” it was obviously a punch to Rosie’s gut. Even if the two weren’t calling each other every day, they shared a gripping and hilarious moment on TV — one which shook up the world and led to the LGBTQ revolution. You can’t make that go away. It’s historical, and the two comedians made that happen together.

Rosie told Cohen that when she heard Ellen’s response to King, it upset her deeply.

“I was in bed with Kelli, and I said, ‘Did I just hear that or was that a hallucination, auditory voice in my [head]?’” she remembered. “It hurt my feelings, like a baby, and I never really got over it.”

Rosie explained that she was, in fact, invited onto Ellen’s show eventually, but she still felt awkward. So, she asked if she could bring a friend with her onto the show but was denied. As a result, she didn’t make an appearance.

“I wish her all good things in her life and that she should be well,” Rosie added.

It seems that Rosie has made her peace but there’s definitely an opening to make things right. Now that Ellen’s show has ended, maybe she could make some time to apologize.

The Ellen DeGeneres show ended its 20-year run after BuzzFeed News reported about numerous allegations of a toxic workplace. Dozens of employees allegedly dealt with sexual misconduct, racism, and intimidation from the show’s producers. Although Ellen fired three of the producers, the show came to end shortly after. 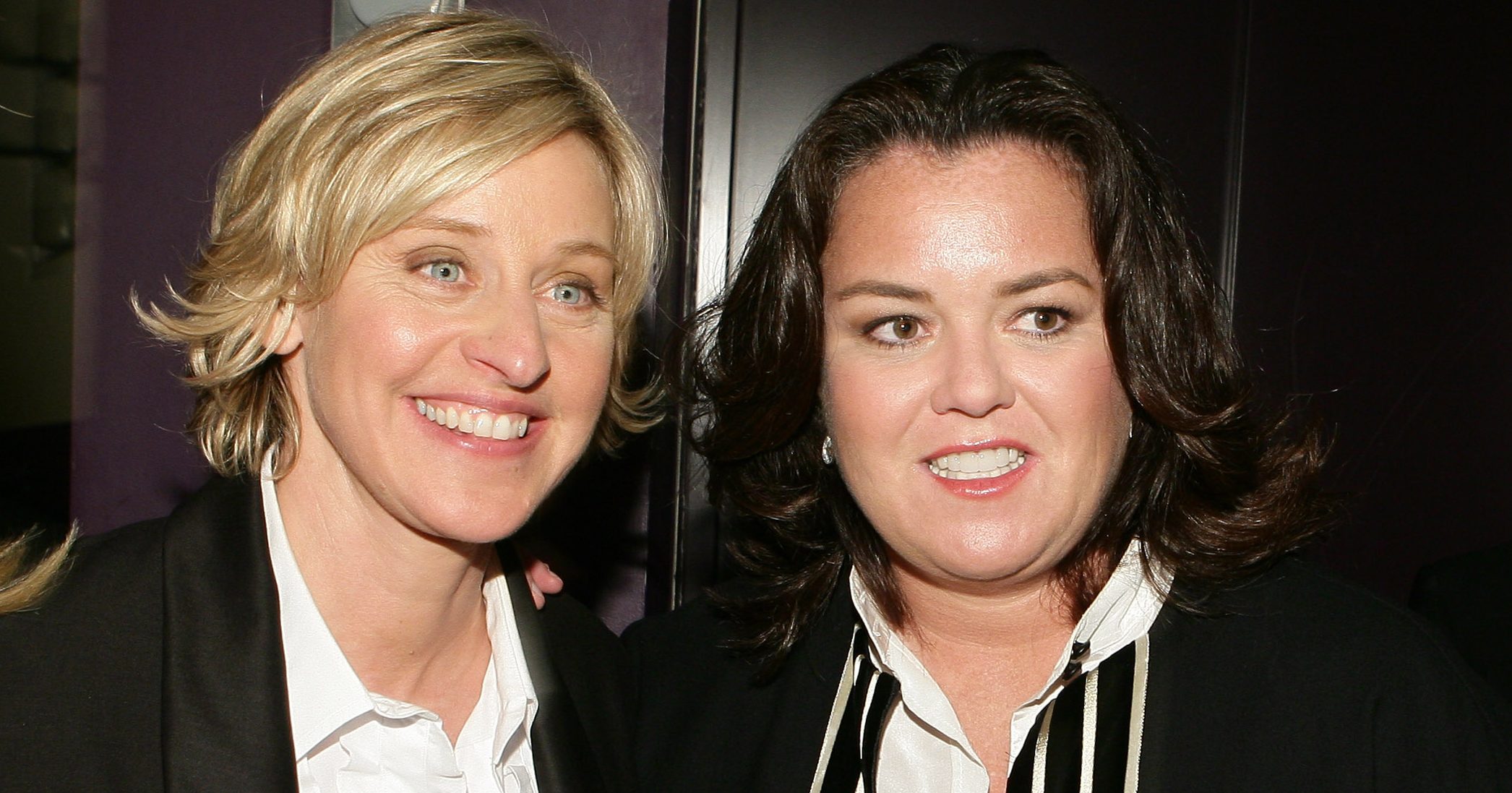