President Trump fired FBI Director James Comey on Tuesday, citing concerns about his handling of an investigation into former Secretary of State Hillary Clinton’s email server investigation. Both the timing of the announcement and Trump’s reasoning raised eyebrows, since Trump was vocal in his support of Comey’s actions while on the campaign trail.

Sanders said that Trump had been considering the action for several months since taking office:

.@SHSanders45 tells @jonkarl Pres. Trump made final decision to fire Dir. Comey Tuesday but had been "considering" it since he took office pic.twitter.com/QjW0d60dkN

You can watch the full briefing below: 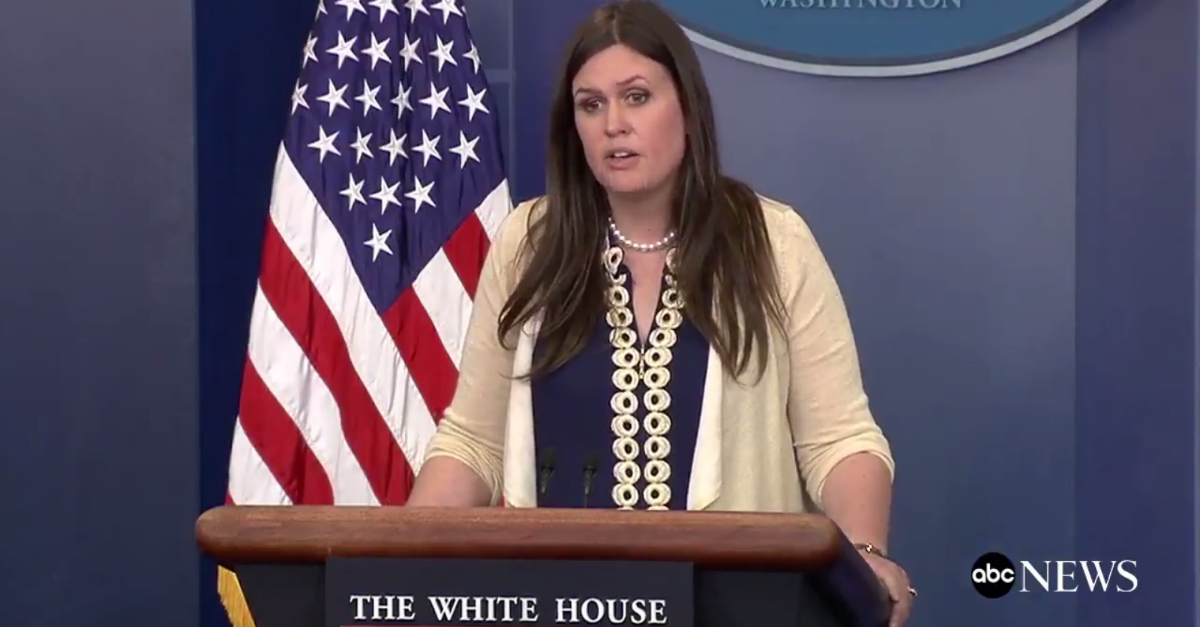