Menu
Follow us
Search
Menu
Search
Sarah Silverman speaks at the Oscars on Sunday, Feb. 28, 2016, at the Dolby Theatre in Los Angeles. (Photo by Chris Pizzello/Invision/AP)

If there’s one thing Sarah Silverman knows how to do well, it’s attract negative reactions with hardly any effort.

On Sunday, Silverman thought to tackle neo-Nazis by pointing out how they were too stupid to Google how to draw a proper swastika on a sidewalk:

Walking to get coffee saw these all over a sidewalk in the town I'm in. Is this an attempt at swastikas? Do neo nazis not have google? pic.twitter.com/A4ses1G3ru

“Walking to get coffee saw these all over a sidewalk in the town I’m in. Is this an attempt at swastikas? Do neo nazis not have google?” she taunted on Twitter.

RELATED: A week after calling for a military coup, Sarah Silverman offers some advice on how to fight President Trump

There was only one problem with her assertion. The malicious symbols on the ground were none other than surveyor marks.

Do you not have Google? https://t.co/TYGShXrwFh

Some wondered whether or not she was joking:

If this is supposed to be satire, it explains why @SarahKSilverman just isn't funny to most people. https://t.co/6Aaf6voc9Q

It's a construction marker. Innocent mistake for a Jew that gets "burn in an oven!" at least weekly on twitter. Still pretty close though.. pic.twitter.com/8Gsuy3QkuE 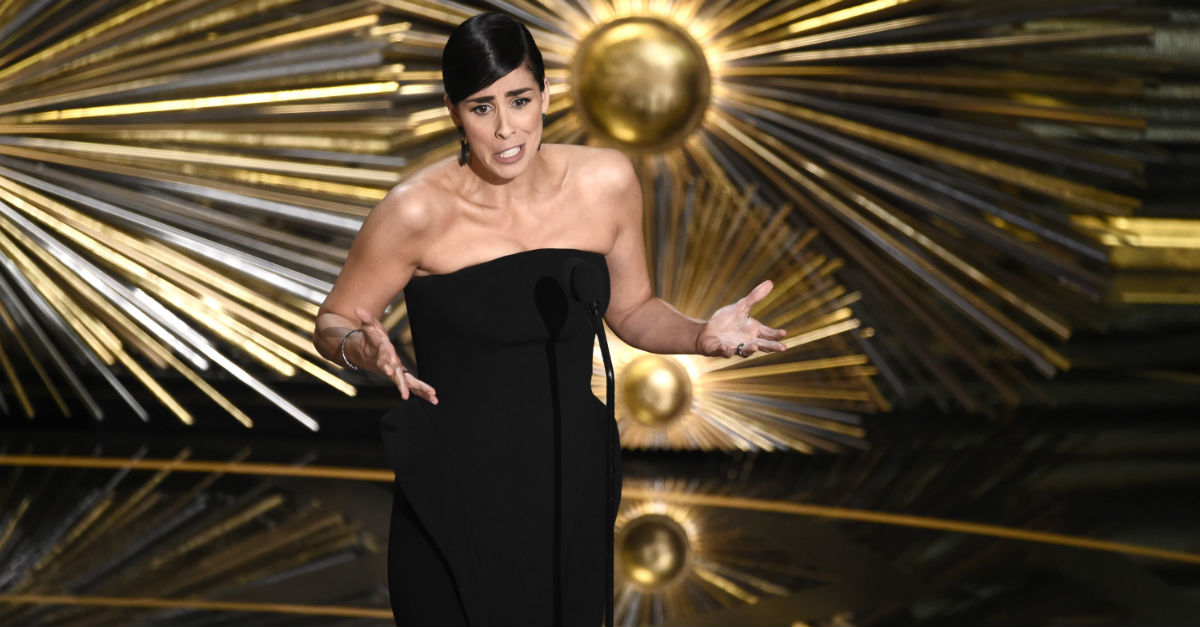