After three days of blistering tweets from both sides, President Trump’s feud with MSNBC’s Joe Scarborough doesn’t seem to be cooling off anytime soon. Ironically, Scarborough and Trump used to be very cordial with each other. At one point, the “Morning Joe” program was one of the more friendlier outlets to then-candidate Trump. However, that all changed after Trump was elected and the MSNBC hosts started criticizing the White House daily.

Scarborough claimed that the White House urged him to call and apologize to Trump, threatening him with a negative National Enquirer story. Trump refuted that claim, to which Scarborough responded that he had proof of the conversations. On Friday, MSNBC told Rare that they will not be releasing the “texts and phone records,” but noted that “Joe kept management abreast of the [National Enquirer] situation as it developed.”

RELATED: For the third day in a row, President Trump took on the media in his morning tweetstorm

On Friday night, Scarborough spoke to the New York Times and divulged more details of his ongoing feud with Trump and the match that sparked the fire. Joe claimed that during a lunch at the White House, after the opening week of Trump’s presidency, he mentioned that “there were some problems” with the first week. He recalled:

[Trump] blanched and he said, “You didn’t like how this first week went?’ He started repeating that, and he said, ‘Hey Steve, hey Reince, Joe says he doesn’t think we had a great first week.”

In February, when Trump’s speechwriter unrolled a declaration of the president’s power across the Sunday morning shows, Brzezinski and Scarborough were merciless in their criticism. Scarborough claims that after their segment, there was a 20 to 30-minute-long phone call in which he says:

[Trump] was screaming at me saying, “Why are you being so tough on this kid — I invited you to lunch at the White House, and you know I could have invited Sean Hannity,” and I said, “Well, invite Sean Hannity — we’re not going to be schmoozed because you gave us some fish.”

And, while Fox News has been enjoying plenty of access to the Trump White House, including a recent interview with their morning star Ainsley Earhardt, MSNBC and “Morning Joe” have been shut out. Trump, whose mornings reportedly consist of watching talk shows, used to tune into “Morning Joe,” but he’s since switched over to “Fox & Friends.” 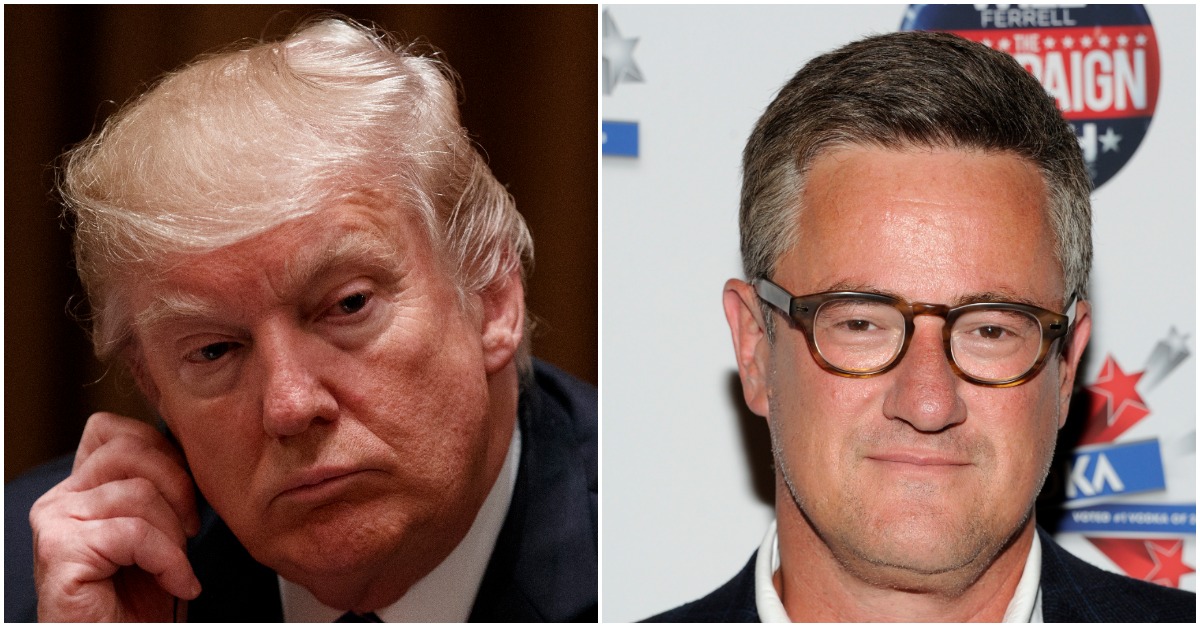