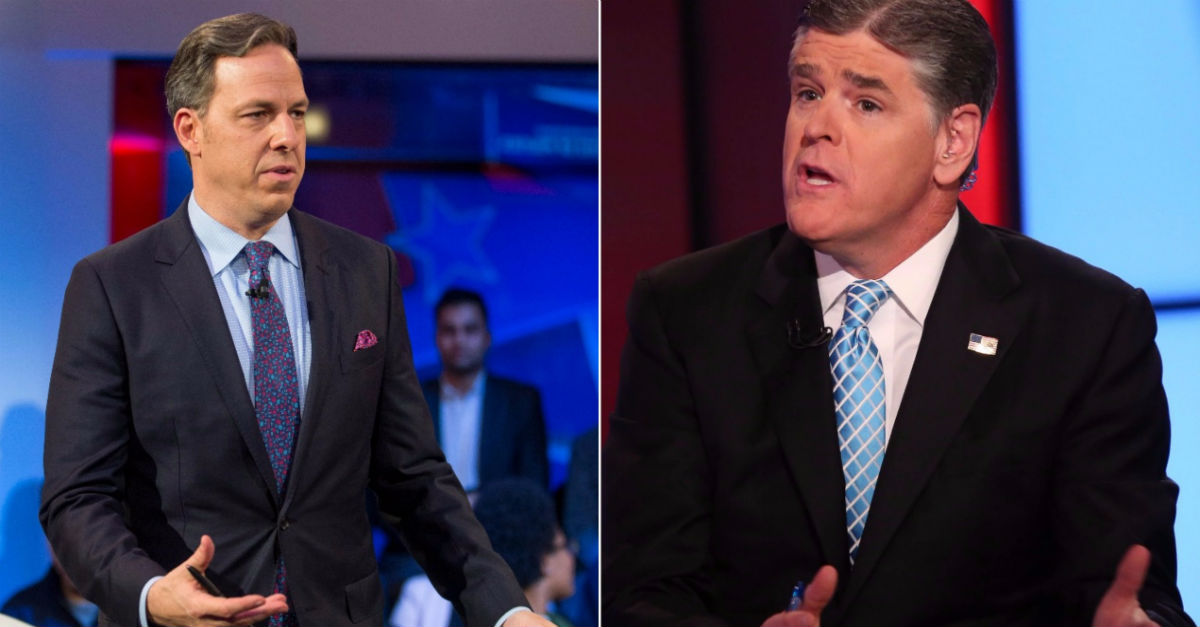 It was announced earlier in the month that Fox News anchor Sean Hannity would be the 2017 recipient of the Media Research Center’s (MRC) William F. Buckley Jr. Award for Media Excellence. The decision was immediately criticized by several voices on the right as they believed any comparison between Hannity and the conservative author and founder of the National Review was inappropriate.

CNN’s Jake Tapper reported on Friday that Hannity would no longer be receiving the award. According to Tapper, sources say that Buckley’s son, Christopher Buckley, “expressed great dismay” in the choice, seeing as Hannity had criticized many conservatives who did not voice unyielding support for President Trump.

Hannity disputed the report on Twitter, saying he could not attend because of a scheduling conflict:

Hey Fake News Jake, I was offered an award, I was unable to attend, and I respectfully turned it down. https://t.co/z69QXiW7AZ

If @NRO "Never Trumpers" or WFB's son were upset about me receiving the award, they never told me. Now I'm really glad I said "No thanks" https://t.co/33BFWgnlEj

“If [the National Review] ‘Never Trumpers’ or [William F. Buckley Jr.]’s son were upset about me receiving the award, they never told me,” he added. “Now I’m really glad I said ‘No thanks.'”

Fact; "Awards" are BS ways to raise $. The only "Award" I care about is serving my audience, the support of my audience, and saving the USA https://t.co/YcYJTeSUto

Tapper remained adamant about his story and sources:

Reason he's not getting award, per sources: Christopher Buckley protested that the award in his father's name would be given to Hannity. https://t.co/zHcAEhwvDc

Did MRC tell you they wouldn't give you the award? What is your reason for being unable to attend gala in September?

Also: the concocted scheduling conflict is addressed in the spot complete w source sharing wry remark about it from Chris Buckley https://t.co/zHcAEhwvDc