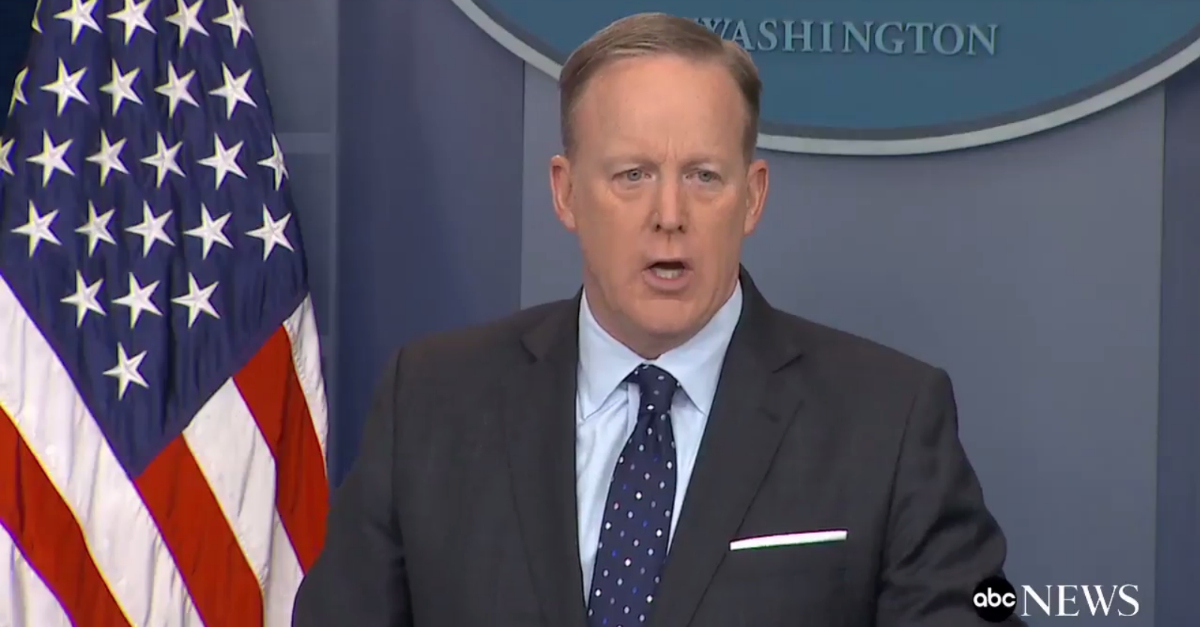 A vote on the Republican-backed American Health Care Act, replacement plan for the Affordable Care Act, is looming over Congress.

Prominent Republican senators, representatives and conservative groups have become the most vocal opposition to the replacement plan, which contains many parts of Obamacare that Republicans spent years campaigning against. It has been dubbed “Obamacare 2.0,” “Obamacare-lite” and “RyanCare.”

White House Press Secretary Sean Spicer spoke of President Trump’s meeting with the House Freedom Caucus, which has noted issues with the plan:

“The group agreed that their ultimate goal is to implement a system that will drive down costs and increase access to healthcare for millions of Americans, and I think this meeting was, I think, a very positive step towards achieving that goal,” Spicer reported.

Some days earlier, Spicer ominously warned that the Trump administration would remember “those who stood by [them].”

A CNN source disclosed that Trump reportedly said “he will have football-stadium events in states where he won by 10-12 points, and he is going to dare people to vote against him” during a White House meeting with various Republican groups.

Rep. Mark Meadows: “I am still a no at this time. I am desperately trying to get to yes.” https://t.co/BSK0D7esHu