But viewers could only focus on one thing: His American flag lapel pin.

The American flag on Spicer’s suit was upside-down, an action generally reserved for “a signal of dire distress in instances of extreme danger to life or property,” as deemed by U.S. Flag Code.

People on Twitter jokingly wondered if Spicer was trying to send a message of help.

DISTRESS SIGNAL?? Sean Spicer's American flag lapel pin is upside down. What does he know that we don't?? pic.twitter.com/OOINnjGvBw

Reporters informed Spicer of the flag orientation during the press conference, causing him to realign his pin.

One asked if it was a distress signal, another if it was a promotion for Netflix original series “House of Cards,” whose logo displays the flag with the union down.

We make the terror. pic.twitter.com/VpChwGOSMj

Spicer assured the reporters that it was neither.

Your loyalty has not gone unnoticed. https://t.co/ba1kz1yvXF

The entire press conference can be viewed below. 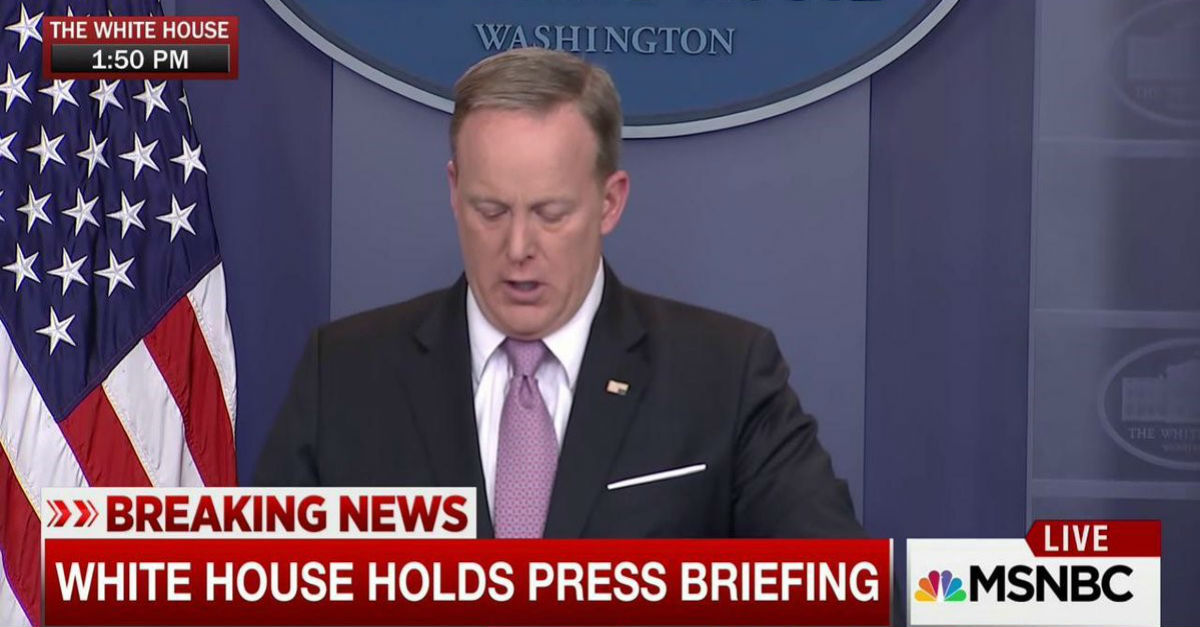