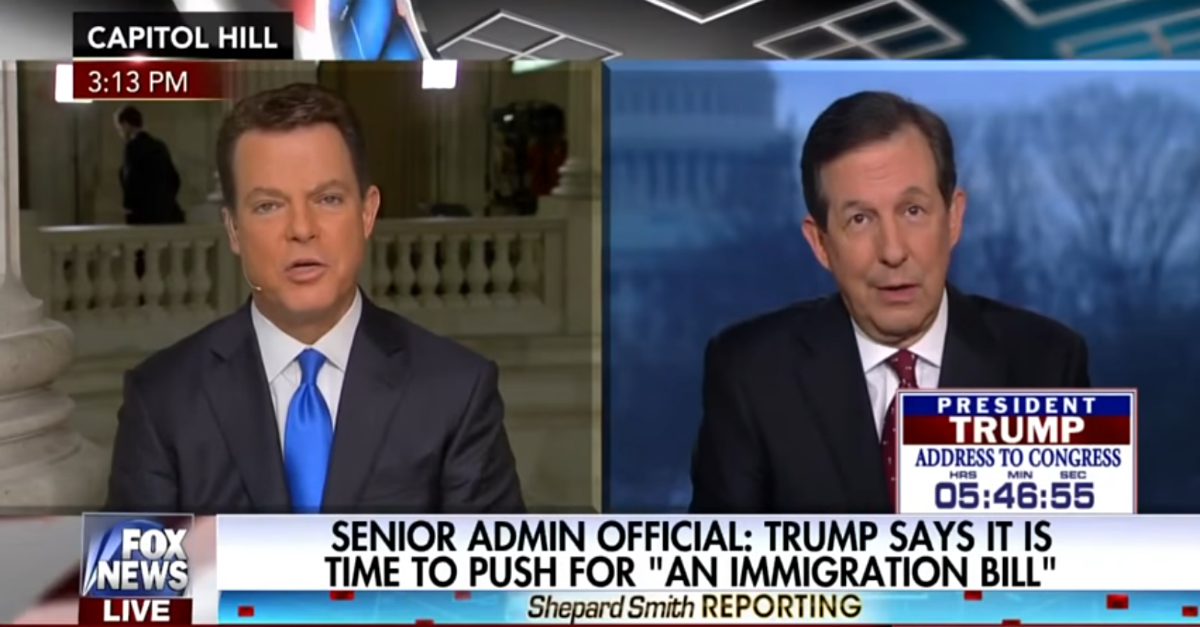 It’s no secret that President Trump and the many members of the media are at odds with each other.

In fact, Fox News anchor Shepard Smith, who has come to the defense of members in his industry against Trump’s attacks, spoke with fellow Fox News anchor Chris Wallace about the tense relationship.

Wallace was one of several members of the media who dined with the president on Tuesday.

Smith mocked the administration’s use of anonymous sources after Trump himself railed against them.

“The point should be made. Don’t use anonymous sources, except for the ones we send out to you anonymously. Those anonymous ones are awesome,” Smith mocked at the disapproval of Wallace.

Later in the interview, Wallace argued that Trump was “different in private than he is in public.”

I know he is, but that’s not what he wants people to see, Chris. He wants people to think there’s a major war against organizations that are reporting facts that he doesn’t like. When you’re in the room with him, it’s all good. But when you’re on TV, he vilifies you and treats you like you’re doing something wrong, when you’re actually doing everything right. That’s annoying.

“Well I have to say, he’s never done that with me,” Wallace disagreed.