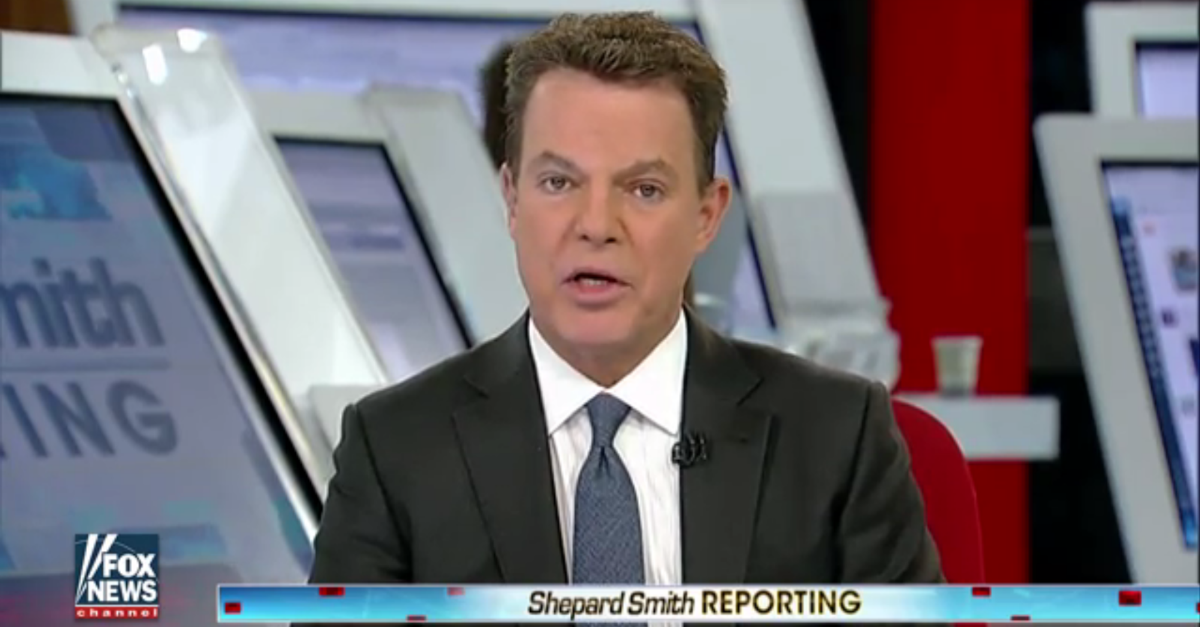 President Trump recently accused former President Obama of wiretapping Trump Tower during the 2016 presidential campaign. Though a spokesman for Obama denied the unverified claim, the Trump administration called for an investigation into the matter.

During a “FOX & Friends” segment, conservative commentator Judge Andrew Napolitano suggested that the Government Communications Headquarters (GCHQ), the British intelligence agency, would have played a part in helping Obama gather the content of Trump’s conversations.

By Friday, the White House apologized to GCHQ after they denied any involvement.

During a joint press conference with German Chancellor Angela Merkel, Trump diverted to Fox News when asked about Spicer’s use of the statement.

After a short criticism from Shepard regarding Trump’s currently unverified claim, he focused his attention on Napolitano’s statement:

Fox News cannot confirm Judge Napolitano’s commentary. Fox News knows of no evidence of any kind that the now president of the United States was surveilled at any time in any way.

Spicer expressed Thursday that Trump would stand by his initial accusation.

The House Intelligence Committee requested that proof of wiretapping be submitted by a Monday hearing — the Justice Department has since asked for more time to gather evidence. If the administration did not present evidence by Monday, then the committee would resort to a subpoena.

“If the committee does not receive a response by then, the committee will ask for this information during the March 20 hearing and may resort to a compulsory process if our questions continue to go unanswered,” a spokesman threatened.