So long, Sean Spicer — the White House press briefing, not you, was the real problem 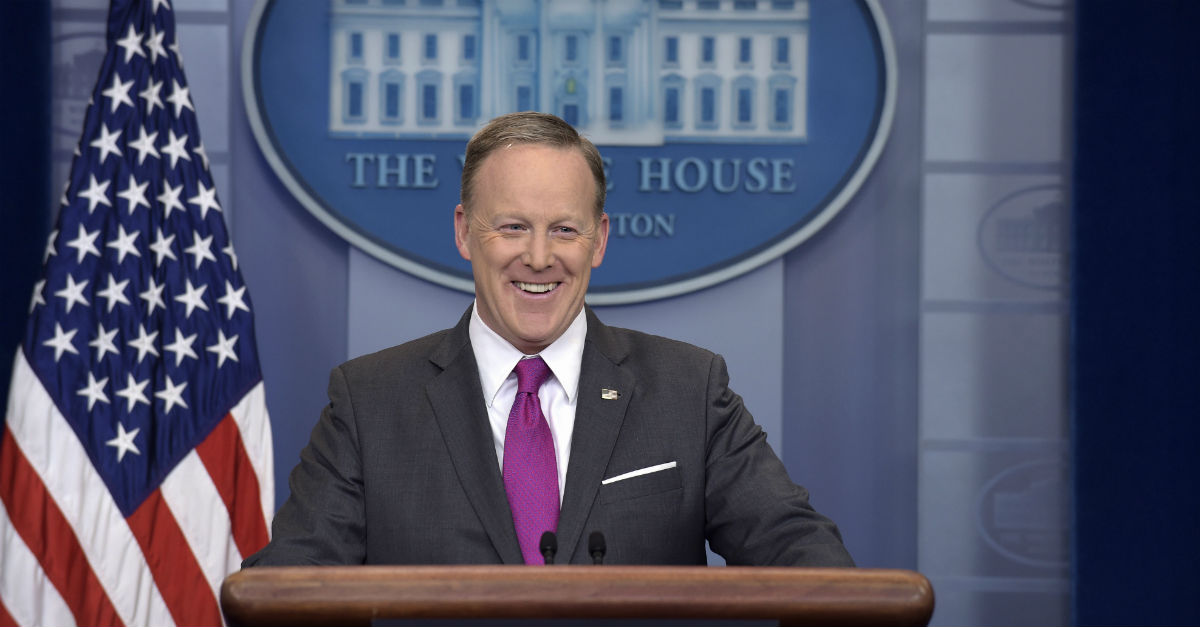 Sean Spicer resigned as Donald Trump’s press secretary today, after amassing a list of indignities that ranged from having his sartorial choices criticized by the most powerful man on earth to being denied a meeting with the pope.

After the news was announced I watched on CNN as the White House correspondents descended on an unseen official who had emerged through the door to the briefing room, clamoring and waving their phones around. One imagined hair flying and the sound of a screeching cat. It was a reminder that the real problem here isn’t Spicer; it’s the daily ritual in which he participated, the White House press briefing, where every goose is a swan and every crumb a filet of chyron-emblazoning news.

The briefing has become Kabuki theater for political junkies. Journalists ask the most headline-grabbing questions they can think up, the press secretary either refuses to answer or answers a question that wasn’t actually asked, and everyone basks in the warmth of the klieg lights. Real news is almost never broken. Takeaways are usually superficial. “Did Sarah Huckabee Sanders sound rattled today?” “Did Jim Acosta go too far?” The entire thing is routine, immaterial?chicken soup for the ego.

Sean Spicer at least tried to ventilate that stuffy little room. His fielding questions from local reporters via video monitor was an innovative nod to Trump’s heartland support, and he greeted a vicious impersonation from Melissa McCarthy on SNL with sardonic humor. He also seemed to understand the press briefing as the ridiculous televised bloodsport that it was, and he did his best to provide. His tangles with the ever-visible Jim Acosta are genuinely captivating in the same way that British Parliament’s Prime Minister’s Questions is: you listen for the insults, not the substance.

Yes, Spicer lied. He lied constantly. So what? Jay Carney lied too?the former Obama flack once tried to dodge a question about Democratic strategist Hilary Rosen by claiming he knew too many Hilary Rosens to comment?and Spicer was by far the more sufferable of the two. The daily press briefing has institutionalized fibs and evasions in the executive branch because no press secretary can possibly answer all the questions that are hurled at him. If Spicer ever paused and then said, “You know, you have a point there, Jim. Here are the president’s tax returns. I’ll make it rain with the pages. Hold on,” he’d be promptly clubbed over the head and hauled back to the communications office for reprogramming.

RELATED: Jeff Sessions is the latest outcast in Trump?s ?Lord of the Flies? administration

Indeed, to the extent Spicer had charm, it was in his seeming determination not to let his job turn him into a Cylon. He continued to serve in the Navy Reserve. He wasn’t above hiding in the bushes when he didn’t want to talk with the press. He gave up alcohol for Lent (imagine being in his position and not getting sloshed every night). When he traveled with the president to Rome he wanted nothing more than to meet the pope.

As was mentioned above, he was denied that papal audience by Trump who rarely missed an opportunity to snub his self-abasing mouthpiece. So now Spicer is gone: from an abusive boss, a shambolic administration, an archaic format that should be put out to grass. The big question now is whether he’ll write a tell-all, like Scott McClellan’s only interesting. In keeping with our mutual Catholicism, I hope he accepts his penance and does just that.