Menu
Follow us
Search
Menu
Search
FILE - In this April 18, 2016 file photo, Corey Lewandowski, campaign manager for Republican presidential candidate Donald Trump, appears at a campaign stop at the First Niagara Center in Buffalo, N.Y. CNN has hired Lewandowski as a commentator on the campaign, only days after he was fired by Trump. (AP Photo/John Minchillo, File)

In between his defense, Lewandowski did not miss any opportunities to praise First Lady Melania Trump’s looks:

.@CLewandowski_ slams reports of secret meeting between POTUS & Putin: How is this anything other than him going over to see FLOTUS? pic.twitter.com/3Iecdsabz9

“Our best representative, who is stunningly beautiful and incredibly intelligent, sat next to Vladimir Putin at the request of the German chancellor,” he started.

At another point in the interview, Lewandowski spoke of Trump seeing “his beautiful wife” and having a conversation with her.

“How is this […] anything other than the President of the United States going over and seeing the first lady, who, by the way, speaks five languages, is incredibly beautiful, is incredibly intelligent and is a great representative of our country?” he added.

What does her beauty have to do with anything? 🤔 pic.twitter.com/YKd8jVnUce 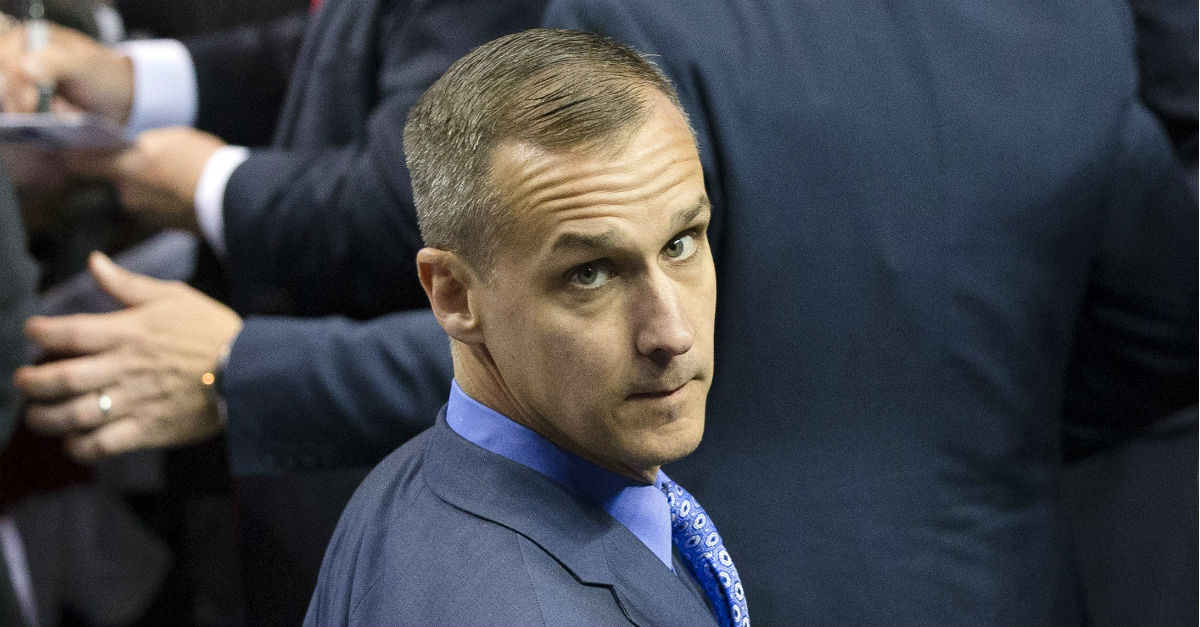