Rep. Steve King (R-Iowa) shared a controversial tweet on Sunday night that asserted “We can’t restore our civilization with somebody else’s babies.”

King defended his tweet during a Monday morning segment of CNN’s “New Day:”

Rep. Steve King doubles down on his controversial tweet: "I meant exactly what I said" https://t.co/onPwAdQ3SD https://t.co/Rkn8J2MMC4

“I meant exactly what I said,” King said. He added that western Europeans needed to “get their birthrates up” and teach their children specific values in order to strengthen the respective culture.

Anchor Chris Cuomo asked he was one of the “babies” King tweeted about, as he himself was only a second generation American.

King responded by speaking of American culture and then criticized illegal immigrants for “pushing back against assimilation.”

However, King’s sentiments were not without resistance from his own colleagues.

Rep. Carlos Curbelo (R-Fla.) addressed King’s tweet with one of his own:

.@SteveKingIA What exactly do you mean? Do I qualify as "somebody else's baby?" #concernedGOPcolleague

“What exactly do you mean?” he asked. “Do I count as ‘someone else’s baby?’ #concernedGOPcolleague.”

And Curbelo wasn’t the only one. Jeff Kaufmann, chairman of Iowa’s Republican Party, disavowed King’s tweet:

“First of all, I do not agree with Congressman King’s statement. We are a nation of immigrants, and diversity is the strength of any nation and any community.” 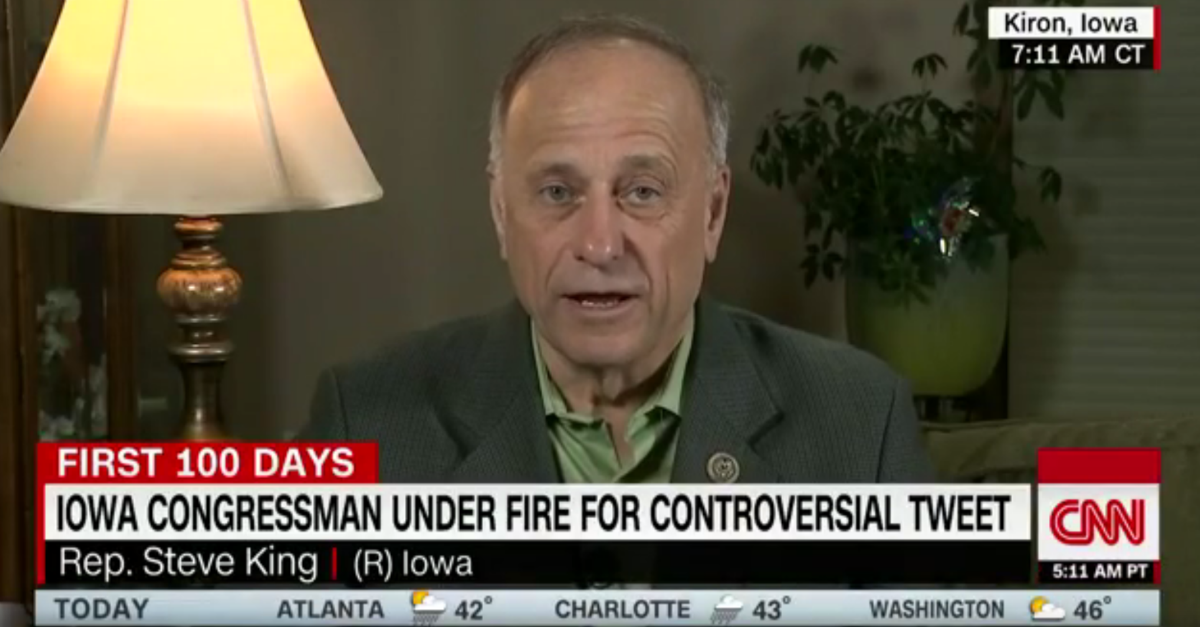