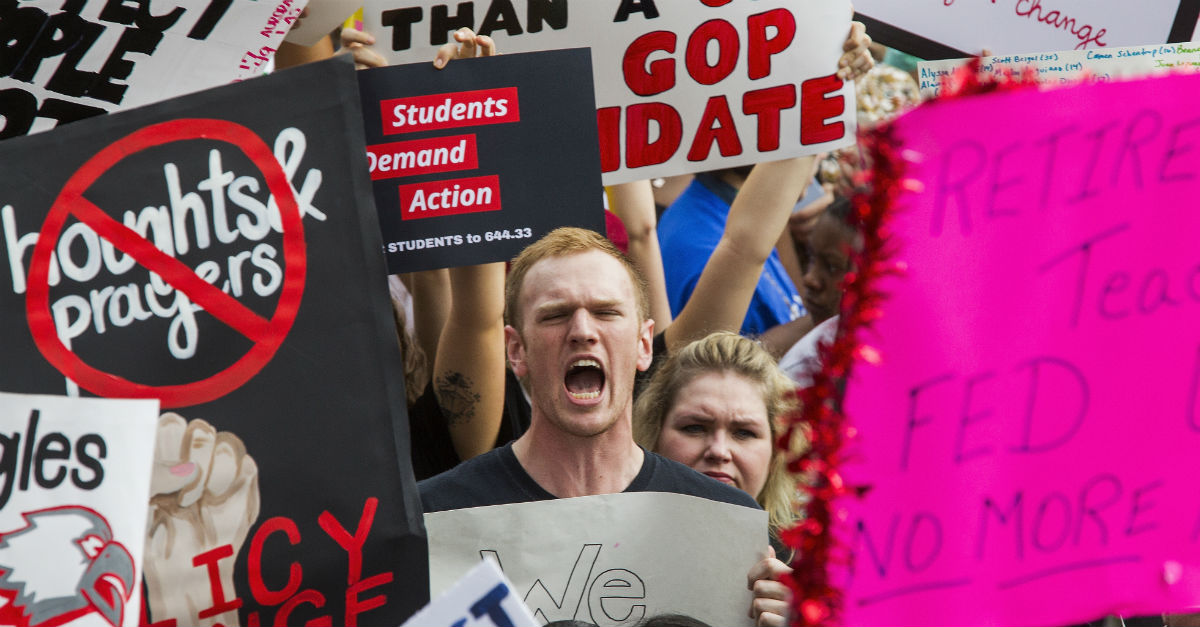 Students in Florida are rising to the occasion after a shooting took the lives of 17 people at Marjory Stoneman Douglas High School in Parkland last Wednesday.

Activists planned a walkout and a march on the Tallahassee Capitol in an effort to strengthen gun laws in the state. It was the students who watched their friends die only a week prior who fought the hardest for a change.

“Everybody needs to remember we are just children. A lot of people think that that disqualifies from even having an opinion on this manner,” said student Alfonso Calderon.

Calderon argued that if anyone understood the impact of gun violence, it was the people in his community.

“I want everyone to remember we’re just kids,” he said, adding that before the shooting, he was thinking of taking a math test.

Parkland school shooting survivor Alfonso Calderon: “Everybody needs to remember we are just children. A lot of people think that that disqualifies us from even having an opinion on this sort of matter …. I want everybody to remember that is not the case” https://t.co/JbnaKNCIR6

Calderon is not the only student whose statements received much attention.

Fellow student Delaney Tarr said she had prom and grades on her mind before the shooting.

Tarr said that she didn’t worry about losing anything from her protest, only about gaining safety. She vowed to continue approaching lawmakers until something changes.

"We have nothing to lose and the only thing we have to gain at this point is our safety," student Delaney Tarr says. "We know what we want. We want gun reform. We want commonsense gun laws. We want stronger mental health checks and background checks to work in conjunction.” pic.twitter.com/IclBhETSaX

"We've had enough of thoughts and prayers…we are coming after every single one of you and demanding that you take action, demanding that you make a change." – Delaney Tarr, Stoneman Douglas High School senior https://t.co/cRvLyvk1v5 pic.twitter.com/w4454z3FXN

RELATED: A school district faces backlash for its threat to students participating in gun violence protests