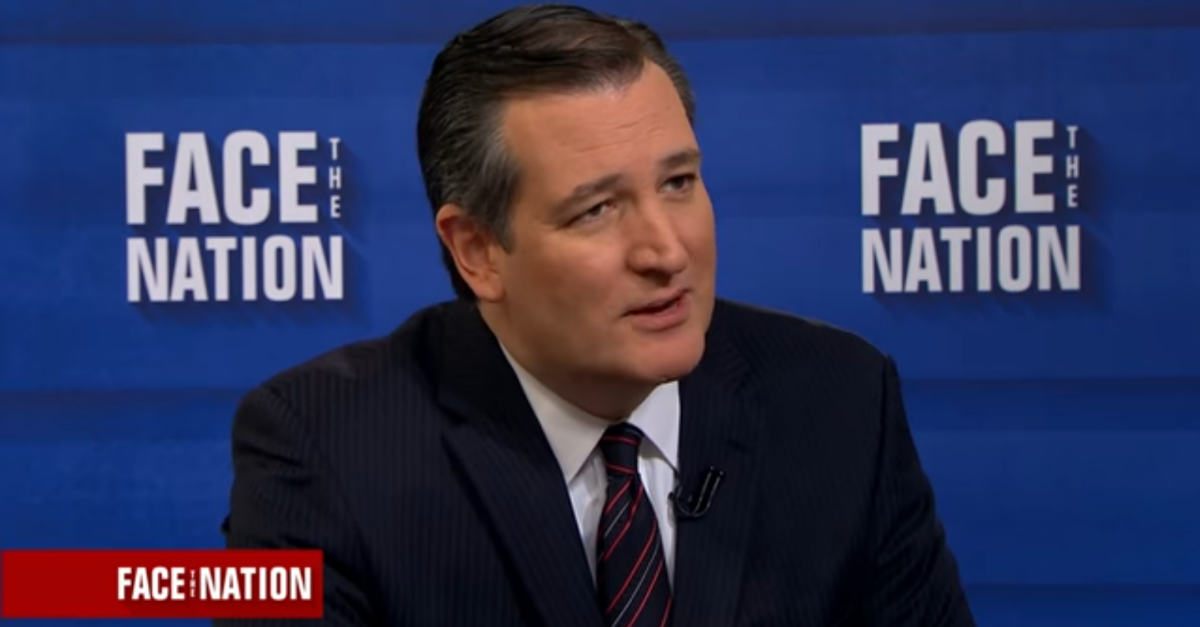 Sen. Ted Cruz (R-Texas) had a message about healthcare for his congressional colleagues.

Appeared as a guest on CBS’s “Face the Nation,” Cruz said that Republicans needed to focus on the impact of premiums.

Cruz spoke of his own constituents’ concerns with expensive premiums, adding that he had little faith that the current House Republican replacement plan would pass in the Senate.

The senator said that his largest criticism of the House Republican bill was that it did not “doesn’t lower premiums.” The Congressional Budget Office (CBO) reported that the bill would cause premiums to rise within the first two years.

“Although it did say then that they would go down,” interjected host John Dickerson.

RELATED: A CNN feed cut out just as White House guests began to explain their negative experiences with Obamacare

To that, Cruz left a warning for his fellow Republicans:

“If Republicans hold a big press conference and pat ourselves on the back that we have repealed Obamacare, and everyone’s premiums keep going up, people will be ready to tar and feather us in the streets — and rightly.”

Prominent Republican senators like Cruz, representatives, and conservative groups took a stand against the House Republicans? American Health Care Act, which contains many parts of Obamacare that Republicans spent years campaigning against. It has been dubbed “Obamacare 2.0,” “Obamacare-lite,” and “RyanCare.”