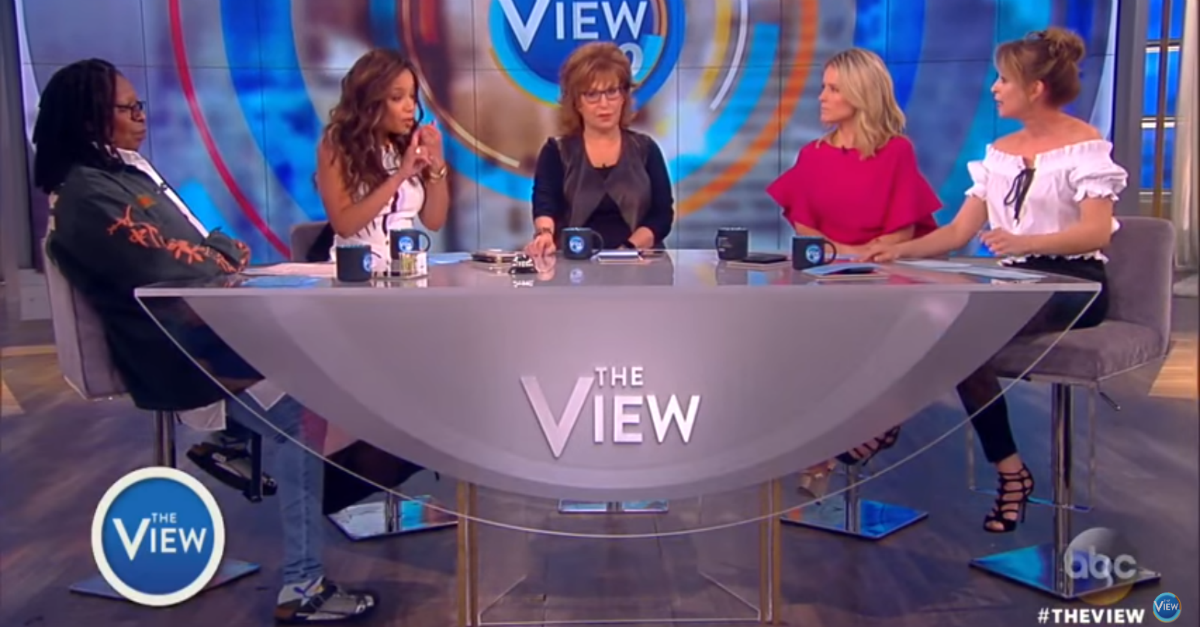 Former Secretary of State and Democratic presidential nominee Hillary Clinton sat down for an interview with CNN’s Christiane Amanpour where she argued that she lost the presidency due to a letter from FBI Director James Comey reopening her email investigation during the campaign, as well as the timing of the election and a WikiLeaks email dump. Despite that, Clinton still said that she took “full responsibility” for her loss.

The ladies of ABC’s “The View” argued over whether or not Clinton’s comments were legitimate.

Jedediah Bila began, saying that the interview was “the most unimpressed” she’d been with Clinton. “Every time I see her do an interview, I’m waiting for a moment where she just doesn’t blame anyone but herself and acknowledges why they lost,” she said.

After Bila listed some of the reasons she believed Clinton lost the 2016 presidential election, including a lack of groundwork in states like Wisconsin, Whoopi Goldberg cut her off when she said that Clinton lied about her email server.

Sarah Haines said that similar to Bila, she was “a little shocked.” Haines said that Clinton supporters were forced to come to terms with what went wrong after the election, but thought that Clinton “might still be missing some of it.” Haines agreed that some external factors contributed to Clinton’s loss, then proceeded to list some of the important areas that Clinton ignored on the campaign.

“Sunny, I voted for her. I’m a Hillary Clinton supporter,” Haines interjected. Haines said that she was “disappointed by the interview” because Clinton had not shown that she understood some of the reasons why she lost.

“I don’t know that she missed the mark,” Hostin said.

“She also lost the election because the election isn’t run by the popular vote, it’s run by the Electoral College,” Bila reminded. According to Bila, there was no reason why a seasoned politician like Clinton should have ignored the states she had.

Joy Behar told Bila that Clinton already knew which states she needed to visit, but Bila responded by saying Clinton didn’t seem to understand that it helped cost her the election. Later on, Behar said that Clinton wasn’t a good candidate.

The ladies continued to argue over what led to Clinton’s loss.