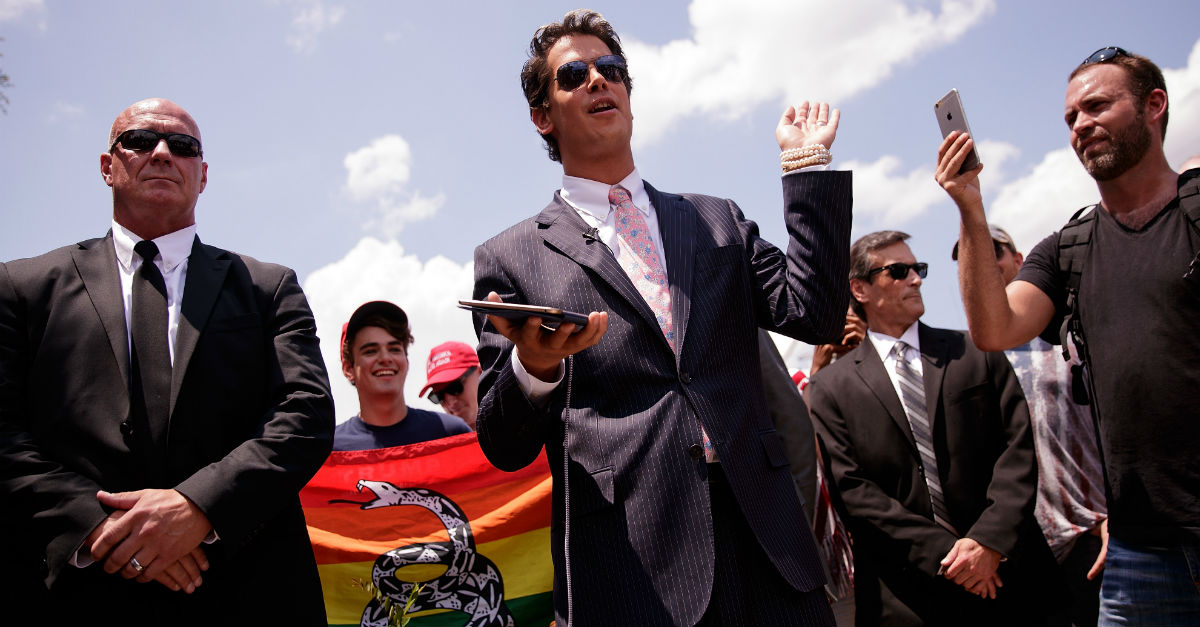 Drew Angerer/Getty Images
ORLANDO, FL - JUNE 15: Milo Yiannopoulos, a conservative columnist and internet personality, holds a press conference down the street from the Pulse Nightclub, June 15, 2016 in Orlando, Florida. Yiannopoulos was briefly banned from Twitter on Wednesday. The shooting at Pulse Nightclub, which killed 49 people and injured 53, is the worst mass-shooting event in American history. (Photo by Drew Angerer/Getty Images)

A questionable video surfaced of Yiannopoulos speaking about pederasty, which quickly went viral over the weekend:

This is a must watch!

Those waiting for an official reaction to the video did not have to wait long, as ACU chairman Matt Schlapp tweeted out a statement early Monday afternoon.

RELATED: Milo Yiannopoulos appears to advocate child molestation in a video and the outrage is deafening

"@ACUConservative has decided to rescind the invitation of Milo Yiannopoulos to speak at #CPAC2017." pic.twitter.com/sVWGnPCW7C

“Due to the revelation of an offensive video in the past 24 hours condoning pedophilia, the American Conservative Union has decided to rescind the invitation of Milo Yiannopoulos to speak at the Conservative Political Action Conference,” he wrote.

Yiannopoulos responded to the initial video on Facebook. Schlapp’s statement recognized the response, but stated that it was now up to Yiannopoulos to answer his own questions about the exchange.