Mick Mulvaney, director of the Office of Management and Budget, presented President Trump’s proposed budget on Thursday. The budget includes cuts to many domestic programs in order to offset increased military spending.

When asked what the cuts meant for those who benefit from programs like Meals on Wheels or single moms who rely on Head Start, Mulvaney said that it was “fairly compassionate” to not ask a single mom to give her money to the various programs.

This had the co-hosts of ABC’s “The View” heated.

RELATED: “The View” erupted when the cohosts couldn’t agree about the intent of President Trump’s blocked travel ban

Joy Behar asked if it was “compassionate” for the same single moms to subsidize Trump’s weekend trips to south Florida estate Mar-a-Lago.

When Sunny Hostin suggested that billionaires should be taxed more, Bila argued that the government could not tax their way out of the national debt.

Paula Faris agreed with Bila that the national debt needed to be assessed.

“As tough as you look at a lot of these programs that might get cut…a lot of people have voted [Trump] in office to make these tough cuts,” she said.

Haines reminded that the government, like a business or a family, was also responsible for operating within a budget.

Bila and Hostin got into another argument about who pays for the programs. 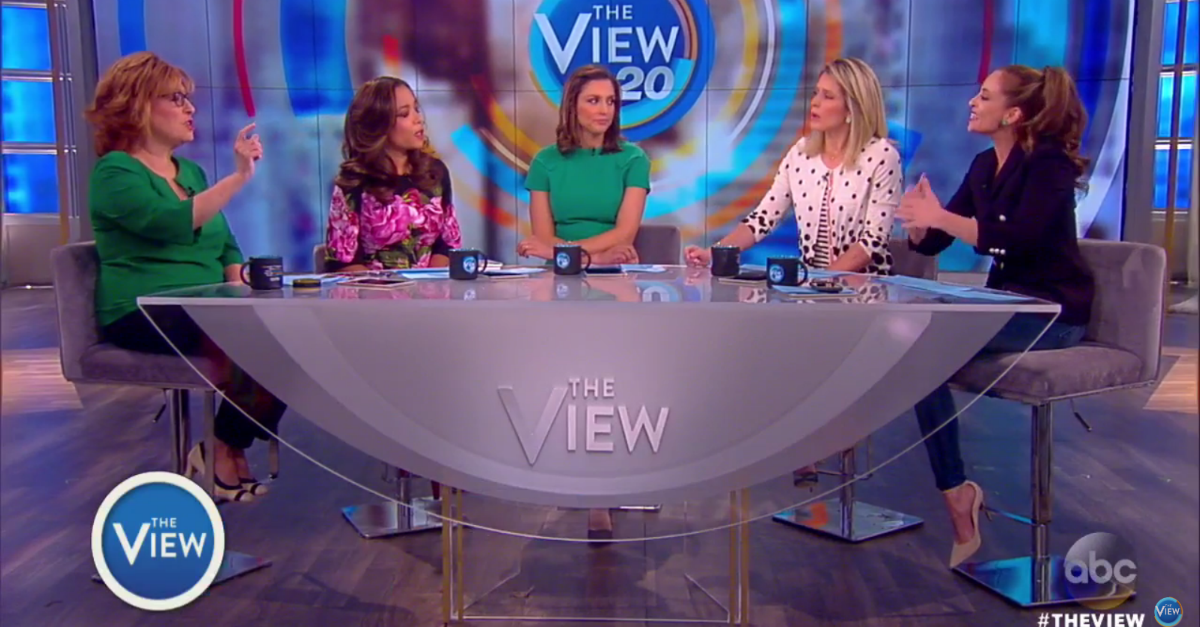