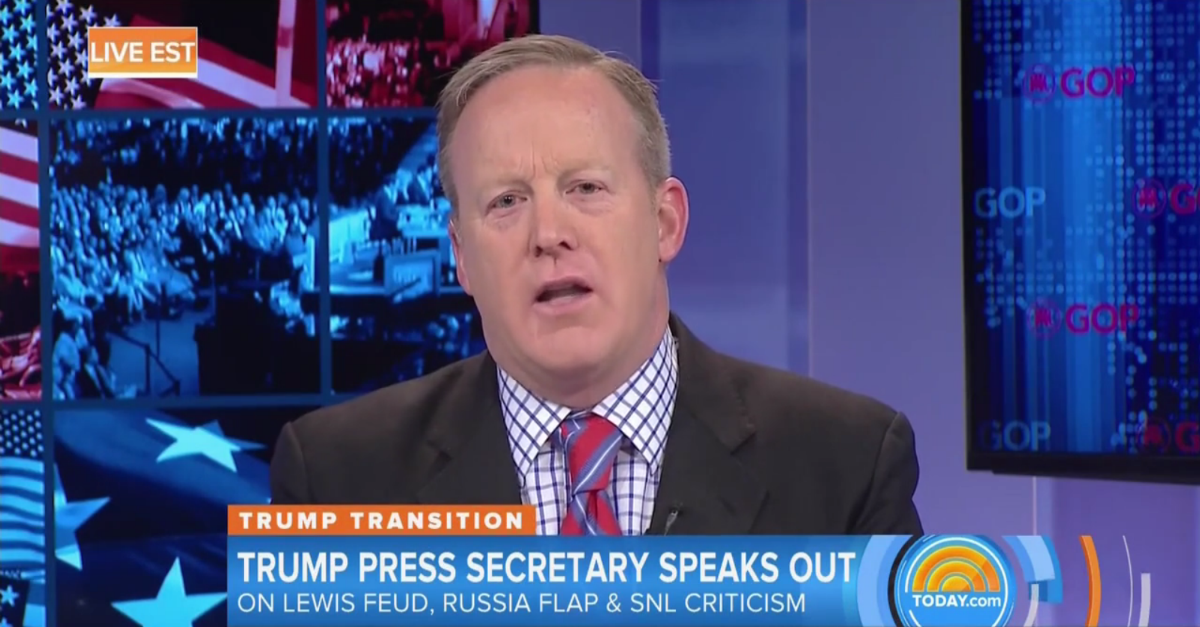 The comedy skit show decided to poke even more fun at Trump by using the cold open as a mock press conference.

Trump felt prompted to tweet yet again about how much he disliked the show:

.@NBCNews is bad but Saturday Night Live is the worst of NBC. Not funny, cast is terrible, always a complete hit job. Really bad television!

RELATED: After the inauguration, Alec Baldwin may move his Donald Trump impression on to bigger and better things

Spicer turned his criticism toward “SNL,” which is known for its controversial humor, on a Monday segment of NBC’s “Today.”

He said that the segment was “not funny” and called it “mean-spirited.”

"It was not funny, it was mean-spirited." –@SeanSpicer re: @NBCSNL

“And it’s gone from being a show you could sit back and get a good laugh out of to being something that’s frankly mean and bad television,” he added.

RELATED: Alec Baldwin says he has an “obligation” to play Donald Trump in the wildest way possible

Though Trump hosted an “SNL” episode in 2015, it’s safe to say from his tweets that his newer opinion of the show will remain unchanged in the next four years.

I watched parts of @nbcsnl Saturday Night Live last night. It is a totally one-sided, biased show – nothing funny at all. Equal time for us?