Meryl Streep lays it on the line #GoldenGlobes pic.twitter.com/NhUZFsnaT2

Among the many criticisms Streep had of his conduct, the actress slammed Trump’s previous mocking of a disabled reporter.

Trump responded, calling Streep “one of the most over-rated actresses in Hollywood.”

And the ladies of ABC’s “The View” absolutely weighed in.

Co-host Whoopi Goldberg asked the ladies how the speech made them feel.

“She made me turn it off, if I’m being honest,” answered co-host Jedediah Bila. Bila said that while she still respected Streep’s right to an opinion and thought she was a phenomenal actress, Bila said that she did not turn the award show on to hear a political lecture. For Bila, this was applicable to both left-wing and right-wing issues, from climate change to the NRA.

Co-host Joy Behar chose to instead focus on Trump’s reaction to Streep. Calling him a “baby,” Behar said that Trump should not respond “tit for tat” over each criticism against him.

In opposition to Bila, co-host Sunny Hostin said that actors were role models and that Streep chose the correct platform for her criticism. Co-host Sarah Haines also said something similar, arguing that actors are the ones who tell political stories.

Behar and Bila entered a brief disagreement when Behar suggested that the criticisms were not allowing for political opinions from celebrities. “However,” she noted, “this country just elected a celebrity.” Goldberg jumped in to say that at least Streep had something to show for being “overrated,” while Trump did not.

The women also pointed out that Hollywood wasn’t always liberal.

“Stop using Hollywood as a bad word,” asked Goldberg, who mentioned that Hollywood was center-right for much of the 20th century. Goldberg also noted that actors were people with their own perspectives, just like everyone else.

Bila and Goldberg also had a brief disagreement when Goldberg denied Bila’s claim that Hollywood actors often brought up center-left issues at award shows. Bila attempted to explain how that might marginalize people on the other side of the debate who would otherwise support those actors.

The two women also got into an argument over whether or not Trump mocked a disabled reporter. 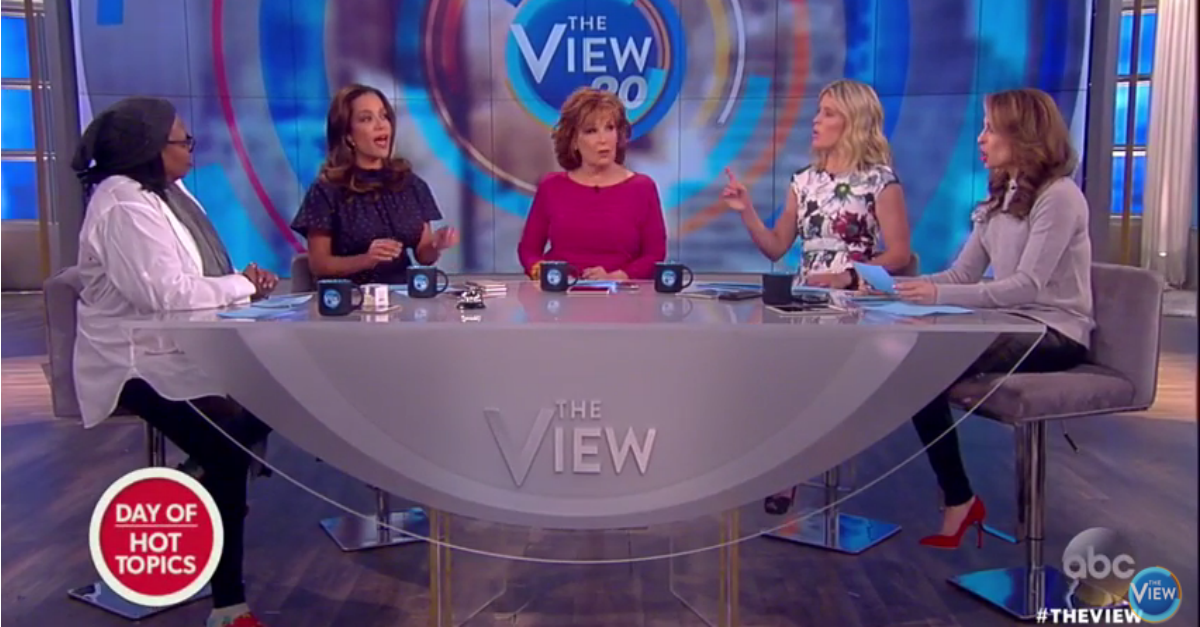