The entire Alexandria, Va., school district announced a shut down for a teacher work day due to the sheer number of call-outs, presumably because of the protest. A handful of other districts have closed for the day, reportedly because of an inability to cover for absent teachers.

Because of the sudden schedule changes, many parents were left searching for last minute childcare.

The ladies of ABC’s “The View” took issue with the position in which parents were suddenly placed.

RELATED: One cohost on “The View” explained why President Trump’s tweet on Women’s Day was a positive sign

Jedediah Bila admitted that the suggestion that women skip work made her “a little nervous.” Bila worried about women losing their jobs as well as the women who struggled to find adequate childcare for their children last minute.

“It sounds good on paper,” she concluded.

Sunny Hostin couldn’t stand by the decision to close public schools. Hostin called the decision to do so “troubling.” Though she supported the efforts of the protest, Hostin spoke of her own struggle to find someone to watch her children while the ladies took a trip to Disney World.

Hostin thanked her mother-in-law on-air for watching her children.

Joy Behar said that too many people relied on the cohosts’ attendance for them to skip out on the show.

Hostin suggested alternatives to closing the school, like a teach-in to help students learn more about women’s history. 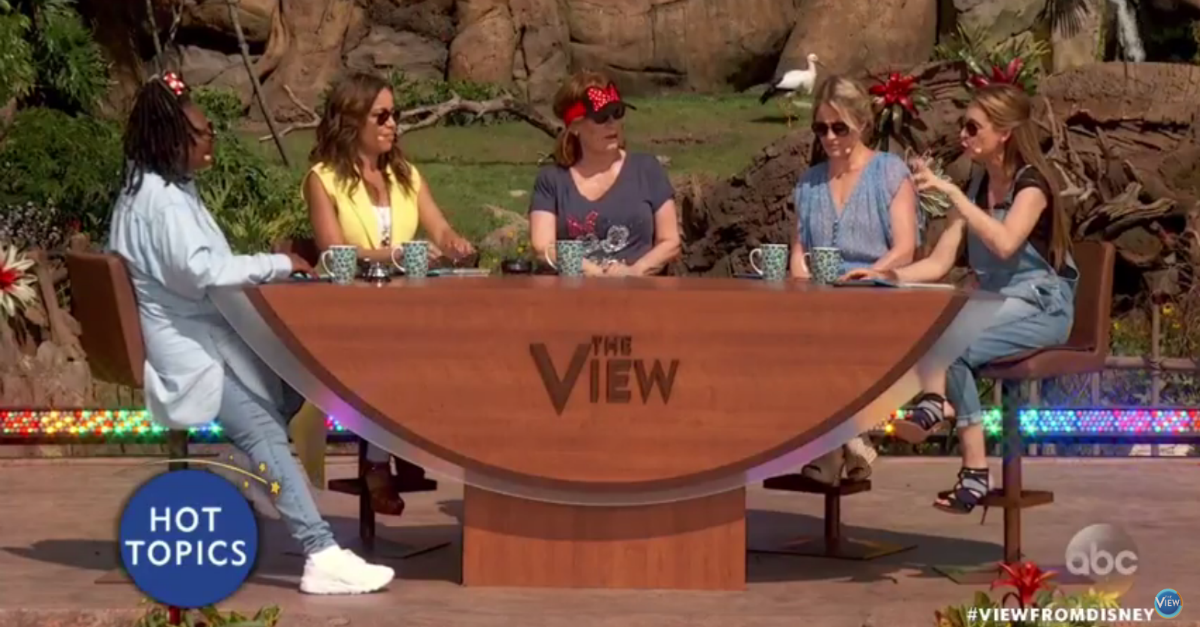