The ladies of ABC’s “The View” have a new complaint about president-elect Donald Trump, this time regarding their morning traffic.

Co-host Whoopi Goldberg was the first to air her grievances:

Today, I’m on a little bit of a rant because it took me about seven hours to get to work this morning because president-elect Donald Trump has his midtown Manhattan apartment, and it’s on permanent lockdown.

“You need to take your behind to Washington,” she yelled about Trump. “You wanted the job! Go on and go to Washington!” The audience applauded loudly in agreement.

Co-host Sarah Haines argued that Washington, D.C., a very congested city itself, was built to sustain the heavy traffic brought about by Trump’s presence. She also presented her argument about Trump’s living situation:

The other problem here is we have a lot of people voicing their word and protesting. New York is not a place that you could say safely voted for him. To have not only his presence — which there are too many people here already — bringing him and all that comes with him now, and then also the people protesting, it’s just a mess.

Co-host Joy Behar jumped in to say, “He needs to go where people like him.” Behar suggested Moscow, Russia’s capital city. Goldberg disagreed, but continued with her criticism.

RELATED: People cheered for a United Airlines pilot after two passengers got into a disagreement over the election on his plane

“That’s why they built the White House. So that the president could be in the center of- What other president has lived in the town he was hanging out in? None! They all go to Washington,” she observed. “Go!”

It should be noted, as co-host Jedidiah Bila did, that Trump will not live in the White House until January, as he is the president-elect. President Obama and his family still inhabit the space. 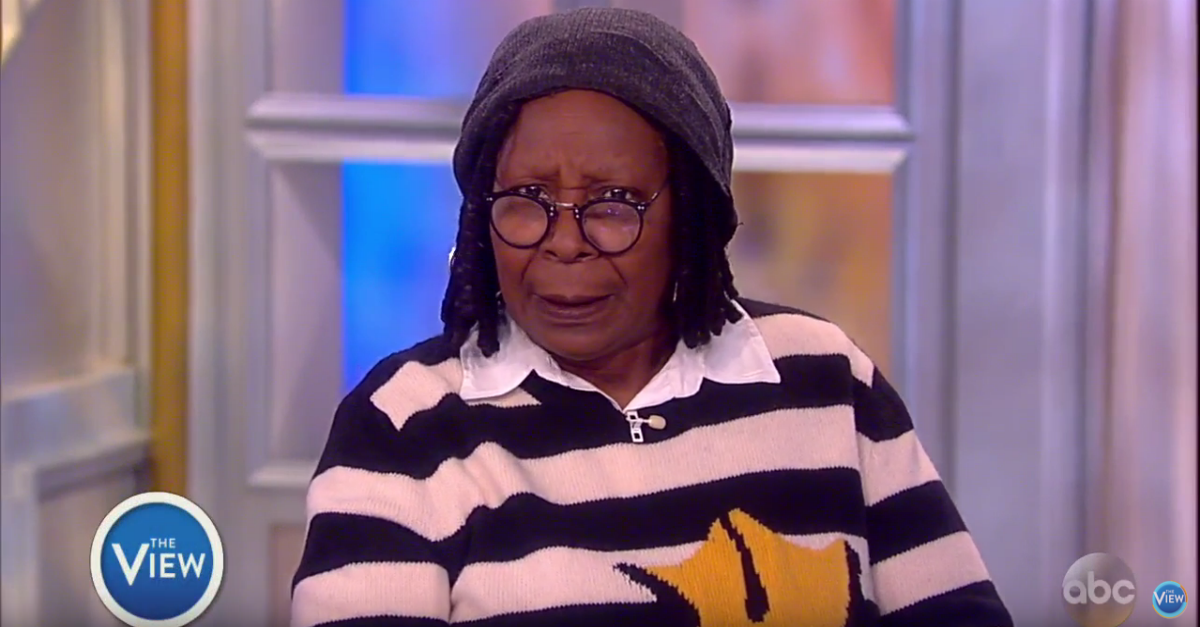