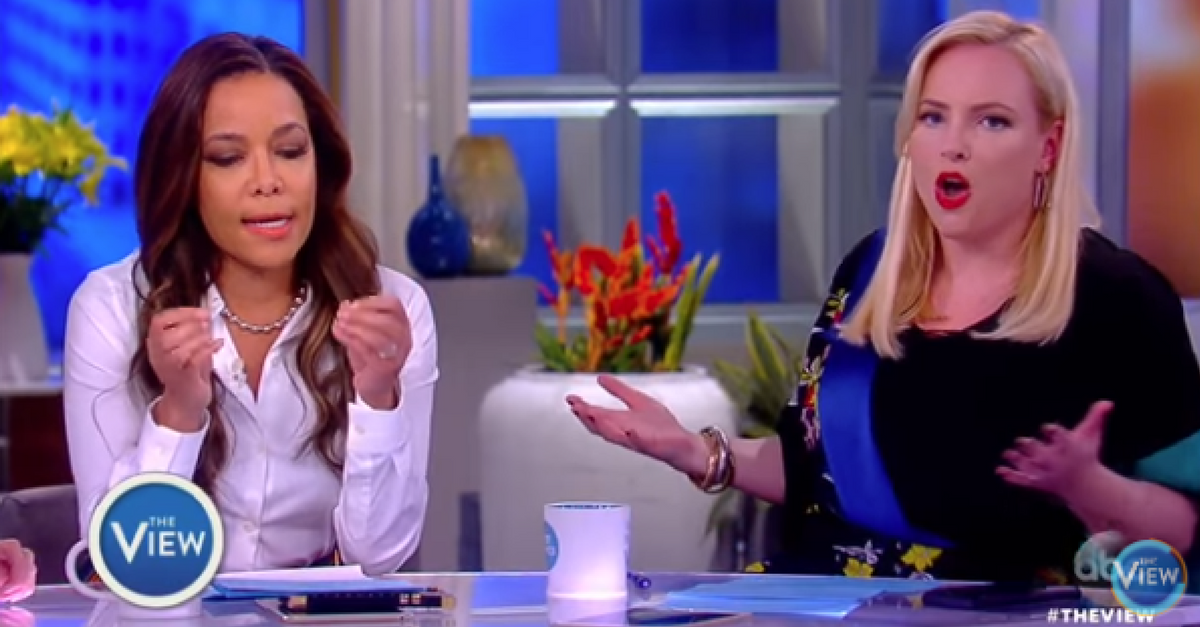 Things got heated during an episode of ABC’s talk show, “The View” as the ladies shared their thoughts on CNN’s Wednesday night town hall on gun control reform and the overall issue facing America in general. Host Meghan McCain started off the fiery debate by sharing her criticisms of the town hall, which immediately sent her fellow co-hosts’s heads spinning.

“I’m the only NRA member at the table. I had problems with that CNN Town Hall last night,” she said. “I give it up to [NRA spokesperson] Dana Loesch for taking the heat and going in there and being called a murderer and being screamed at.”

“I want to talk about bump stocks. I want to talk about assault weapons, but last night in that town hall the crowd was cheering for the removal of all semi-assault weapons anywhere, which is a big difference between assault rifles and bump stocks,” McCain countered. “If we’re going to have a respectful conversation between American Second Amendment rights supporters and people who are on the complete opposite of it, you can’t be yelling, ‘You’re a murderer.'”

The heated debate was interrupted by a commercial break, but it was clear the tension hadn’t died down by the time the show returned to air. Co-host Joy Behar kicked off the next segment by bringing up recent proposals to arm teachers in effort to combat a lot of violence surrounding school shooters and mass shootings. If that were to happen, background checks would be more important than ever.

Behar goes into how she used to be a teacher, and it would be difficult for teachers to take on the responsibility of having to handle potential gun violence. She talked about questioning the practicality of managing gun owners in a school environment, while also potentially dealing with more opportunities for gunman to be gun-grabbers if many teachers were armed.

McCain defends President Donald Trump and the White House and starts talking about military experience and how schools need to be guarded now more than ever. And Sunny Hostin interrupts by bringing up talking about stats and facts, hopefully wanting to talk about potential loopholes in popular gun laws as well.

“You know what!” McCain exploded. “I’m not sitting here spouting off hubris. I just gave you a ton of facts.”

Editor’s note: This article was originally published on February 22, 2018.