President Trump’s administration lifted certain protections for transgender students, including rules put in place to allow students to use the bathroom and locker room of their gender identity.

The actions came as a bit of a surprise for those who remembered that Trump once publicly stated that famous transgender Olympian Caitlyn Jenner was welcome to use the bathroom of her choice at Trump Tower. Jenner was also invited to attend Trump’s inauguration.

Reactions to the withdrawal of the protections, which had previously been implemented under President Obama’s administration, were largely split along party lines. The ladies of ABC’s “The View” were among many of the angry voices.

Some of the ladies recalled Trump’s promise to Jenner.

“Isn’t it hard enough?” Whoopi Goldberg asked. Sarah Haines agreed, speaking of the way young students could be quite cruel to their peers.

Sunny Hostin spoke of Department of Education Secretary Betsy DeVos’ initial opposition to the withdrawal, though the ladies said that DeVos should have chosen to resign instead of go against her initial thoughts.

RELATED: One co-host on “The View” praised constituents who showed up to Republican town halls

“I was disappointed in Donald Trump with this, because one of the things that I did like about him, when there was a lot that I didn’t, was that he stood up for the LGBT community,” Jedediah Bila mentioned. She said that this issue was important to her as a former teacher. Bila criticized the states’ rights reasoning behind the withdrawal, saying that civil rights were also important and that it wasn’t the states’ job to take them away.

The ladies placed their faith in the Supreme Court, hoping that the withdrawal would be reversed. Goldberg and Behar also criticized what they called a perversion of Christianity which was used to justify the administration’s actions.

They also accused either top Trump aide Steven Bannon or Attorney General Jeff Sessions of being the true moving force behind latest actions of the Trump administration. 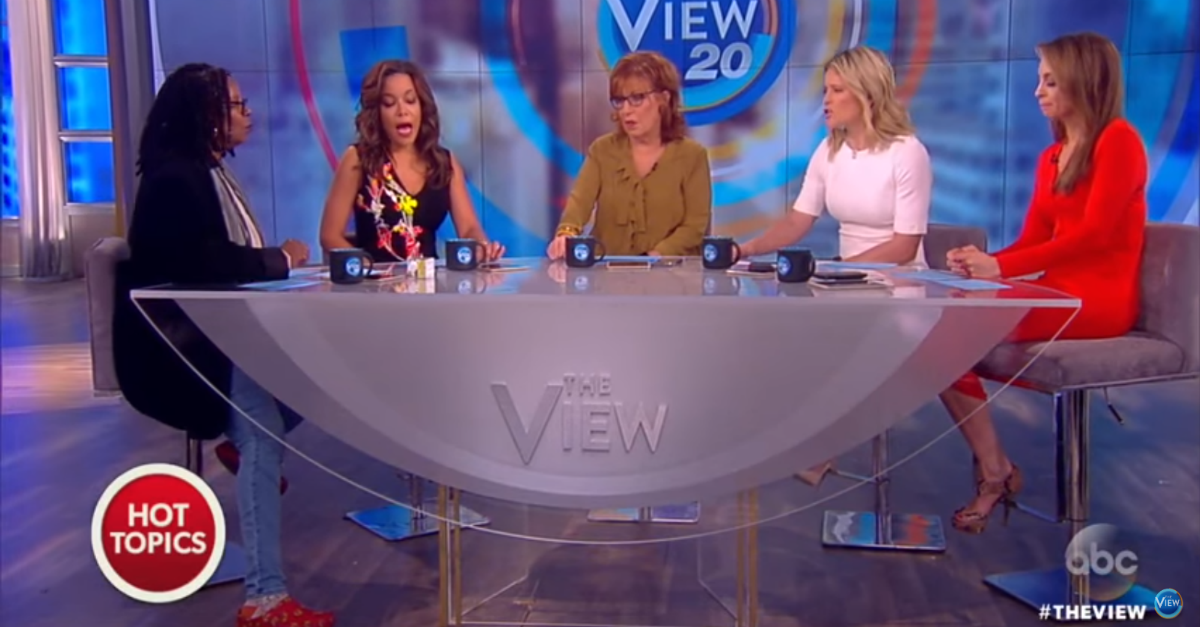