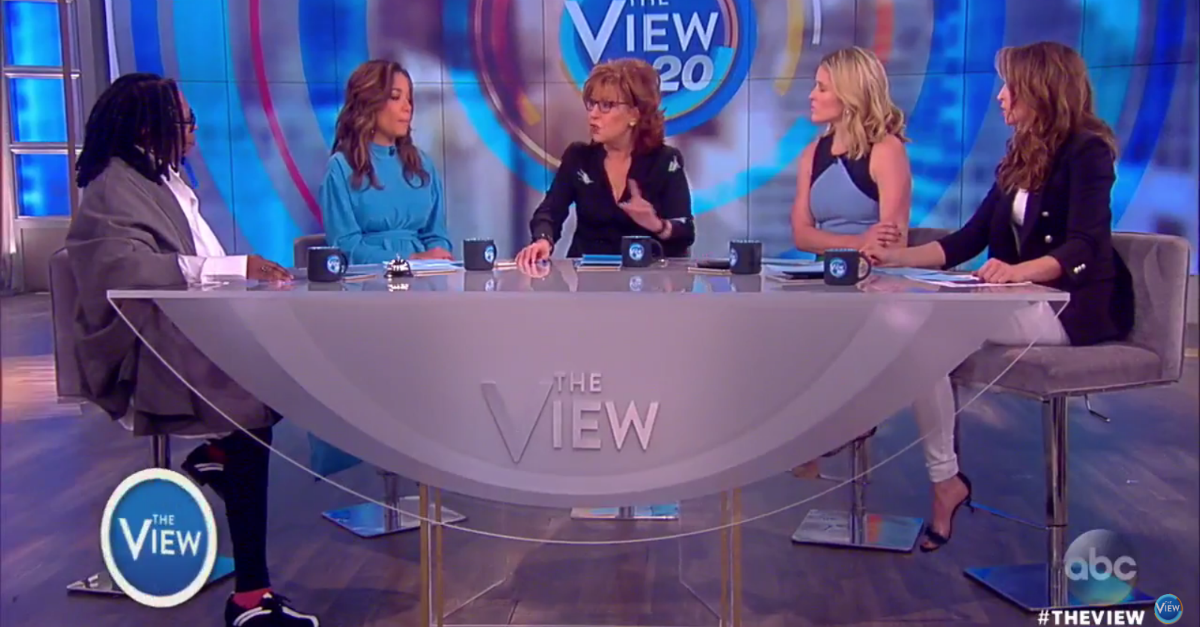 President Trump cited a segment he had seen on Fox News to speak about a mysterious high-crime event in Sweden that had not happened.

Following the statement, Swedish officials revealed that they were unaware of what Trump was referencing.

RELATED: The Swedish Embassy reached out after President Trump spoke of a supposed terror attack in Sweden

On Tuesday, the ladies of ABC’s “The View” reacted to the weekend’s events.

As with many discussions regarding the administration, the ladies were a bit split on the statements.

“Maybe Tucker should be his national security adviser,” joked co-host Joy Behar, who was referencing the fact that Trump made the comment after watching “Tucker Carlson Tonight.”

“Tucker is very smart, that wouldn’t be a bad idea,” joked co-host Jedediah Bila in defense of her old coworker.

Bila went on to say that she disliked Trump’s suggestion that some sort of attack had happened at the time of his comment. However, Bila listed alternative ways Trump could have made his point about immigration and Sweden.

“What he put out there was a lie,” criticized co-host Whoopi Goldberg. “There haven’t been instances in Sweden.”

RELATED: “The View” quickly cut to commercial after one of the ladies called out President Obama for lying

The women began to disagree on certain crime statistics in Sweden as they related to immigration.

Some of the ladies also got into a discussion about politicians lying, with Behar and Bila arguing over whether or not Trump lies more than previous presidents.