Menu
Follow us
Search
Menu
Search
In this July 22, 2008 file photo, traffic passes in front of The New York Times building in New York. The New York Times says it will charge readers for full access to its Web site starting in 2011, a risky move aimed at drawing more revenue online without driving away advertisers that want the biggest possible audience.(AP Photo/Mark Lennihan, file)

Most of us figured that it was only a matter of time before another news organization got duped by the absurd parody “DPRK News Service” Twitter account. And, on Tuesday, in a rush to break the news that the North Koreans had successfully tested an intercontinental ballistic missile, the iconic New York Times was fooled by the fake account.

RELATED: James Comey’s moment in the spotlight didn’t disappoint when it got the Photoshop treatment

The story chronicling the missile test appeared on the website on the 4th and was in print on the 5th. It was authored by their Korean correspondent, Choe Sang-Hun, though a number of other reporters contributed reporting. The original story contained a tweet by the “DPRK News Service” twitter claiming that “imbecilic Americans drunkenly fire missiles into East Sea of Korea, demonstrating near total ignorance of ballistic science.”

Since the original publication, the Times has issued a correction at the bottom of their article, dated July 4th and reading:

On Wednesday morning, the account had a laugh at the Times’ expense.

RELATED: Donald Trump Jr. follows Seth Rogen on Twitter, so the actor has been shooting off direct messages to the first son

After Newsweek was fooled, they managed to get in contact with the two men behind the account and do a story on them. Though they’ve remained mostly anonymous, they were previously both bloggers at Popehat, an alternative news and opinion site. They started the account in 2009 but stopped around a month later when a Norwegian news outlet (citing the twitter account) falsely reported that North Korea had declared war on Norway. They’ve since returned to the internet and boast 208,000 followers. And though it’s no secret that the account is a parody, it’s only a matter of time before another reporter is fooled into reporting the two tricksters as legitimate. 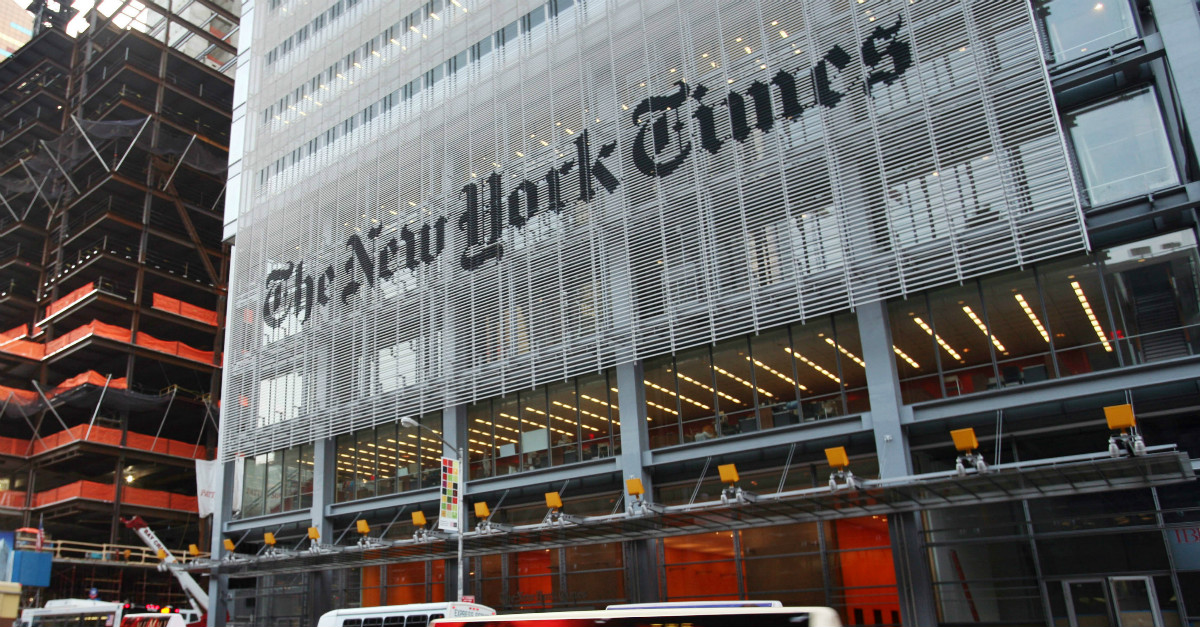