There are many questions surrounding President Trump’s firing of FBI Director James Comey, including who in the administration had the initial idea to let him go.

The co-hosts of ABC’s “The View” discussed this and more during a Friday segment.

“They still can’t get their stories straight about who canned FBI Director Comey,” Joy Behar began. She said that Trump’s surrogates, such as White House adviser Kellyanne Conway and Deputy White House Press Secretary Sarah Huckabee Sanders, “seem to be on the same page” that a report from Deputy Attorney General Rod Rosenstein led to the decision.

However, Trump later said that he made the decision to fire Comey after sitting on the option for some time.

“I was going to fire him regardless of recommendation,” Trump informed NBC News’ Lester Holt.

“It looks like they all went to a meeting, he was supposed to go, and he was like doing something else. He didn’t show up,” Jedediah Bila offered. She said that she didn’t understand why it didn’t seem to concern the administration that the president was on a different page. She stated concern for the communication in the White House.

Comedian and guest Hasan Minhaj thought that Trump was in attendance. “I think that people in the White House are talking, he just doesn’t listen,” he said.

Minhaj said that Trump appeared as though he just wanted to take credit. He also joked that Trump fired rapper Lil’ John to his face in “The Celebrity Apprentice” and didn’t even give Comey the same respectful treatment.

Sara Haines believed that Trump’s actions were a “flip off to everyone.”

“It’s more important for all of us to know that he’s in charge and he did it,” she added.

Paula Faris quoted a comment Trump made about the investigation into his administration’s ties to Russia. She said that “if this is his attempt to get Russia to go away, it’s just backfiring.” Faris said that he should welcome an investigation if nothing’s there. 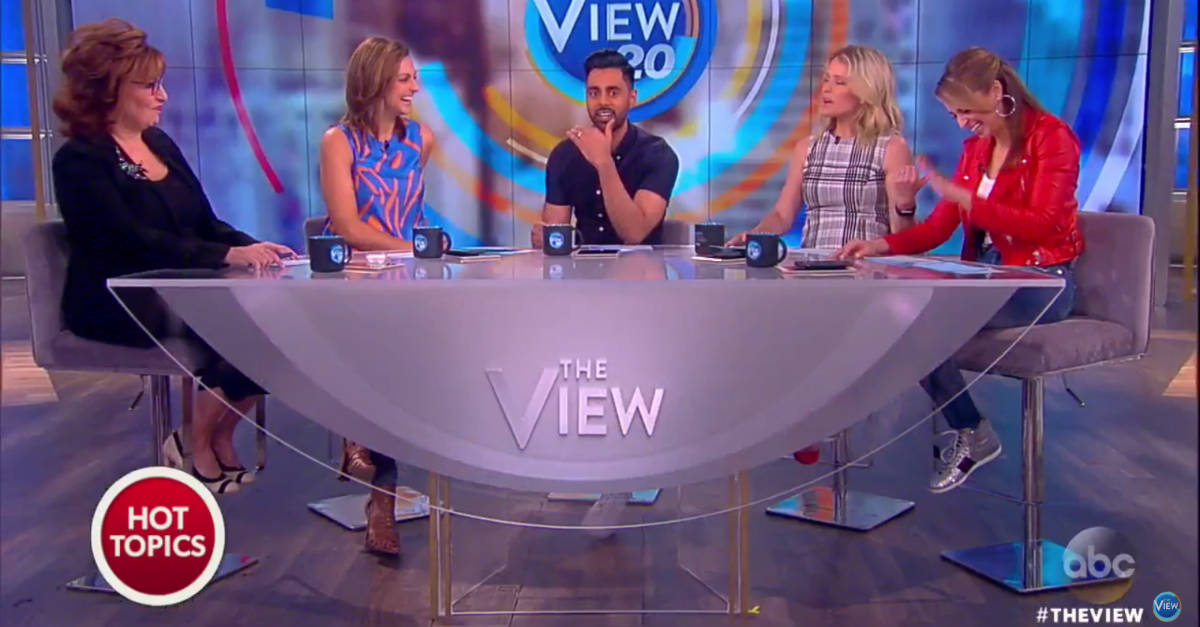