Reactions to the firing were mixed. Many observers, including the ladies of ABC’s “The View,” had questions about why the president chose the time he did to fire Comey.

Cooper asked Conway why Trump fired Comey out of concern for the way he handled former Secretary of State Hillary Clinton’s email server investigation despite praising Comey for his actions on the campaign trail. Conway said that Trump acted as a president and accused Cooper of “going back to the campaign.”

“That was all she had to give,” Haines said.

But she believed the change in attitude was a “silver lining,” indicating that evidence of collusion between the Trump administration and the Russian government could be close to being revealed.

Sunny Hostin mirrored Haines’ sentiment when she cited the three instances in the firing letter where Trump mentioned that Comey assured he was not under investigation.

“I would bet the farm on the fact that that is a complete and total lie,” she said. Hostin, a lawyer who had spent time in the Department of Justice, said that it as unusual and unethical for the FBI director to tell a target of an investigation that they themselves were not under investigation.

Jedediah Bila was “glad” that Comey was fired because “he’s been a problem for a long time.” Bila listed several instances in former President Obama’s administration where she did not agree with Comey’s conduct but asked why Trump was firing Comey for something that had occurred a year prior.

Bila also shut down any mention of “fake news” from the administration, mentioning the various conservatives and Republicans who had also expressed an issue with the questionable timing. 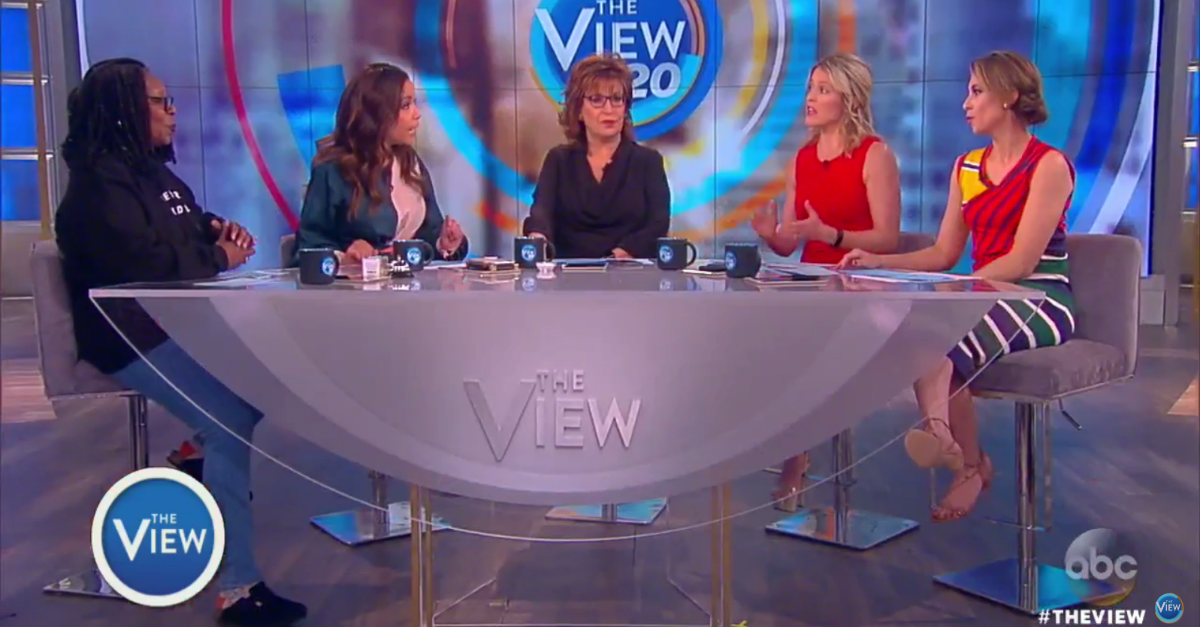