There was a big blow up at Fox News over the Russia scandal, and former President Obama came up 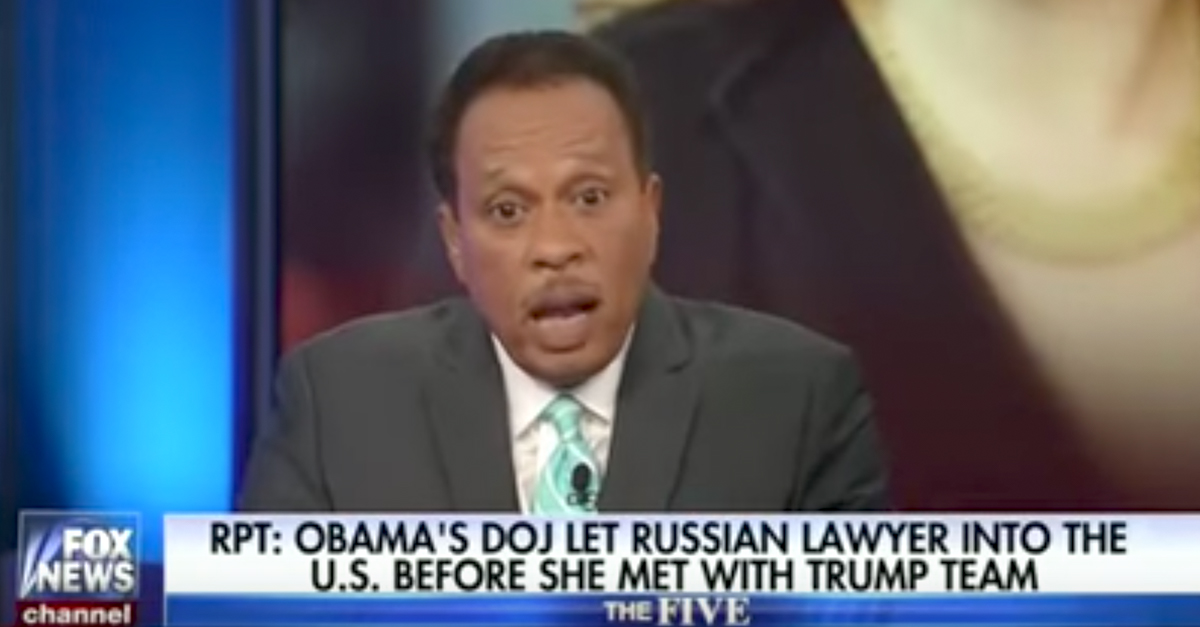 On Thursday evening’s edition of “The Five,” panelists Juan Williams and Meghan McCain went at it over Donald Trump Jr. and Russia.

Williams, one of the last remaining resident Democrats at Fox News, defended the previous administration for allowing a scandal-plagued Russian lawyer into the United States.

Last week, it was revealed that Russian attorney Natalia Veselnitskaya met with Donald Trump Jr. and other key advisors to President Donald Trump under the guise that she could provide them with damaging information on former Secretary of State Hillary Clinton, care of the Russian government.

RELATED: A man who once said all Republicans should die went after Melania Trump in his latest podcast

“I’m sorry that your party never took any of this seriously for years and years and years!” McCain said to Williams. “Those are the facts! I am not manifesting something that doesn’t exist.”

She added: “I am telling you that Obama never took Russia seriously and that is why this woman somehow ended up in the country.”