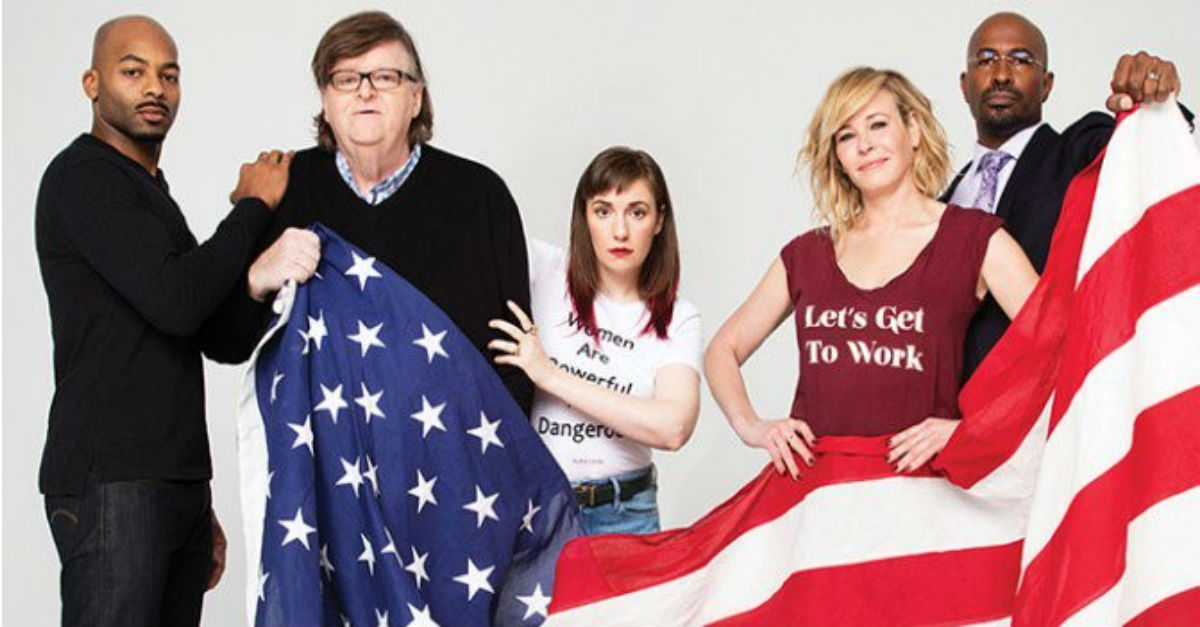 Variety Magazine’s celebrity inauguration issue has made some folks angry. But it’s not over the content of the article.

The Hollywood and media stars in the picture have been quite vocal about their fears of President-elect Donald Trump’s coming presidency.

But the flag is touching the ground in the picture, a violation of US Code.

Inside our #inauguration issue: On the eve of Trump's inauguration, Hollywood and the media raise their voices https://t.co/Kcnj9aShVQ pic.twitter.com/cPf2VInDzX

RELATED: After veterans protested outside this college for removing the flag, the school decided it was time for a change

Title 4, Chapter 1, Section 8 lists the rules for respectful conduct, including rules against the flag touching the ground:

(b) The flag should never touch anything beneath it, such as the ground, the floor, water, or merchandise.