“This is the Obamacare replacement plan that everyone has been asking for,” assured White House Press Secretary Sean Spicer during a Tuesday press conference.

A press conference from members of the House Freedom Caucus and conservative and libertarian-leaning Senators shortly after Spicer’s comments also spoke volumes about Republican division over the replacement plan.

A new replacement plan was announced at the press conference:

Rep. Jim Jordan of the House Freedom Caucus: Tomorrow I will introduce a bill to actually repeal Obamacare https://t.co/lgKfylrryN

Other speakers called accountability from Republican leadership as the Republican opposition to the bill was quite vocal:

Rand Paul on Obamacare: "We have to admit we are divided on replacement" though we are united on repeal https://t.co/LHo50hnavX

Sen. Mike Lee: The GOP health care plan we've heard about in the last 24 hours is a "step in the wrong direction" https://t.co/uQujeUcxQi

Rep. Mark Sanford: “Do we need to lower the bar” on the health care bill just because a Republican is in the WH? https://t.co/Tf6Nqvh4u6

Freedom Caucus member Rep. Tom Stewart on the new health care bill: “This is simply too important to rush through” https://t.co/XzaKWplm07

The full press conference can be viewed below: 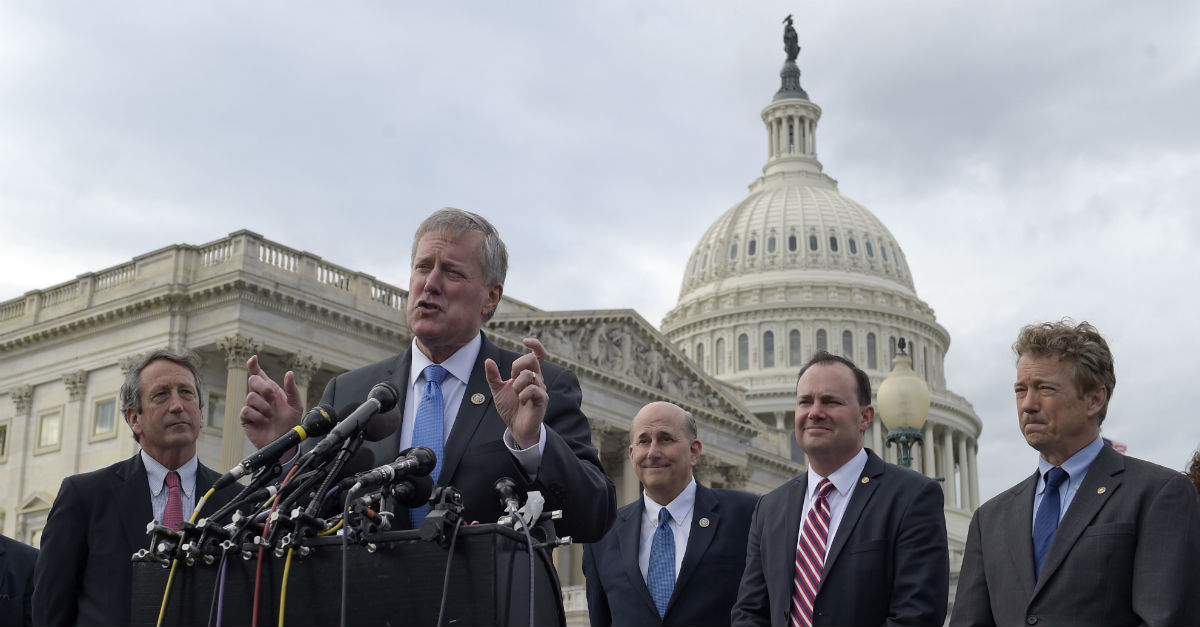