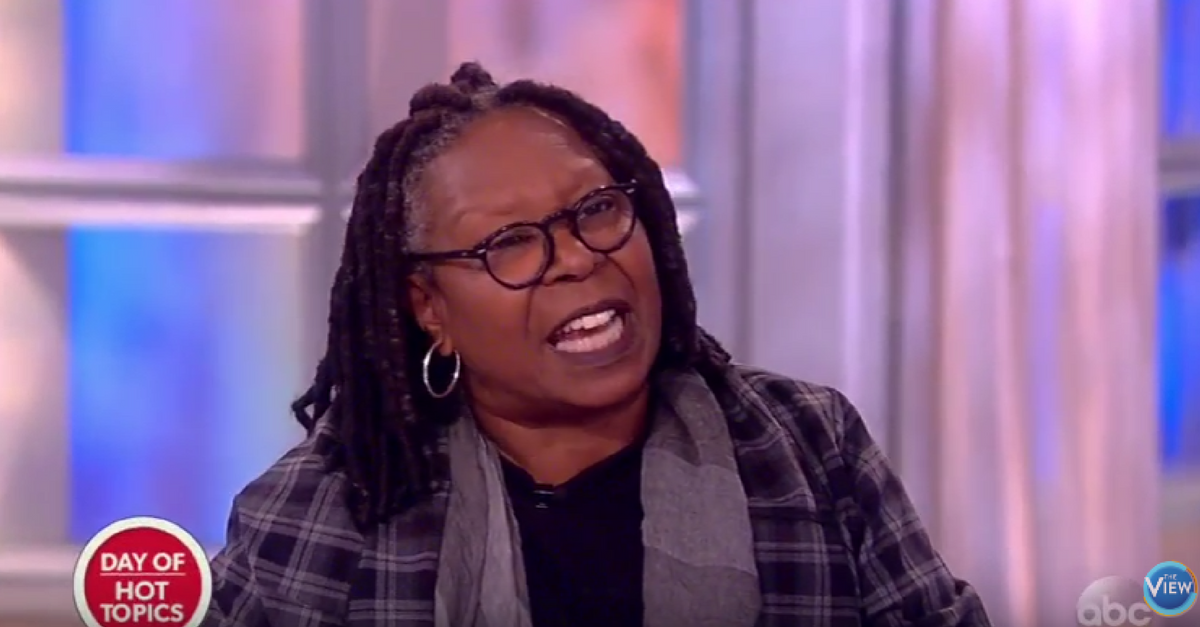 On Thursday, House Speaker Paul Ryan hinted that Republican lawmakers plan to defund Planned Parenthood as part of their repeal of the Affordable Care Act, so of course, the ladies on “The View” had to discuss the news — and things got heated.

On one side, Whoopi Goldberg was fuming, saying that Planned Parenthood should absolutely receive federal funding, while Jedediah Bila argued that many taxpayers don’t want their money going to an organization that performs abortion even though the Hyde Amendment restricts federal money from being used specifically to pay for abortions.

RELATED: Nick Cannon made some shocking statements about Planned Parenthood

“Do people still not have their facts straight about who’s going to actually be affected by Planned Parenthood’s removal?” Goldberg asked. “Let’s be realistic, the only people who are going to eat it when Planned Parenthood goes away are women who need the services.”

After Sara Hines pointed out that nearly 80 percent of Planned Parenthood’s patients are below the poverty level, Goldberg got even more riled up. But Bila, though she made it clear that she’s pro-choice, tried to get the ladies to look at things from the perspective of someone who opposes abortion.

Goldberg seemed to think that’s too bad, saying that she doesn’t want her taxes going towards supporting a war or building Trump’s wall on the Mexican border, but she understands that sometimes her tax money will have pay for things she doesn’t like. She also argued that her religious beliefs require her to look out for the less fortunate without judgement.

“Look I don’t want to pay for this new wall that suddenly we are paying for,” she said. “My religious background says, okay, that I’m supposed to make sure that people are serviced. That’s what my religion says. I’m not here to judge; God judges.”

RELATED: Whoopi Goldberg defends the right to celebrate Christmas by comparing it to a woman’s right to an abortion on “The View”

Bila tried to explain that because the constitution explicitly states that the job of the federal government is to protect it’s people, it’s okay for taxpayer money to fund war, saying that funding organizations that provide abortions is not the same. Goldberg, however, was not having it.

When Bila continued on, Goldberg shouted, “Wait! We’re going to take a break! We’ll be right back! Gosh!”