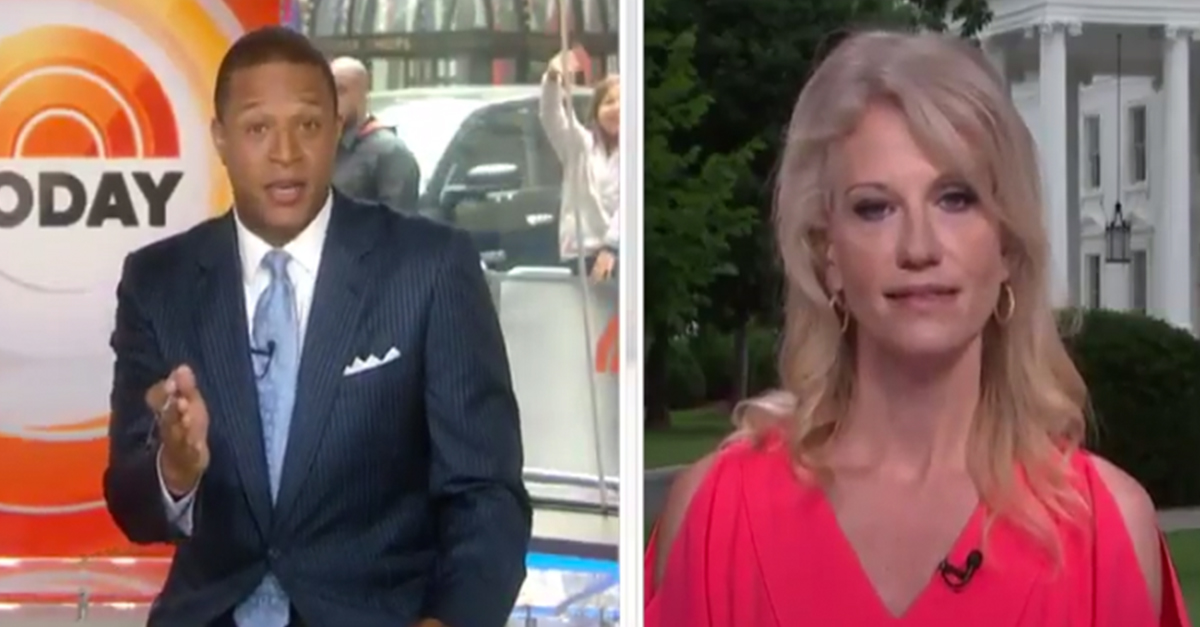 In a wide-ranging interview with “TODAY” on Monday morning, Special Counselor to the President Kellyanne Conway hit the media over how often they cover President Donald Trump’s Twitter account. Trump is known for making statements that are often inflammatory, or in contrast with policy positions and previously stated administration goals, on his Twitter account. Following the weekend’s terrorist attack in London, England, President Trump used his Twitter account to critique the London government and fan flames of terrorist fear.

WATCH: “This obsession with covering everything he says on Twitter and very little what he does as president…” –@KellyannePolls pic.twitter.com/iyS3WnHoxh

According to Conway, the media would be better off discussing what President Trump does as president, and not what he tweets about.

Conway critiqued the press’s “obsession with covering everything he says on Twitter and very little of what he does as president.”

Conway and guest anchor Craig Melvin then got into a back-and-forth about the significance of President Trump’s Twitter account.

“That’s his preferred method of communication with the American people” Melvin said to Conway. When Conway disagreed, Melvin pointed out that President Trump has not been answering a lot of questions from reporters of late.

“Well he hasn’t given an interview in three weeks,” Melvin said. “So lately that is his preferred method.”

Elsewhere in the interview, Conway deflected criticism against President Trump for his comments about the Mayor of London.

After the interview, Conway clarified her stance on whether the President of the United States owes anyone an apology.