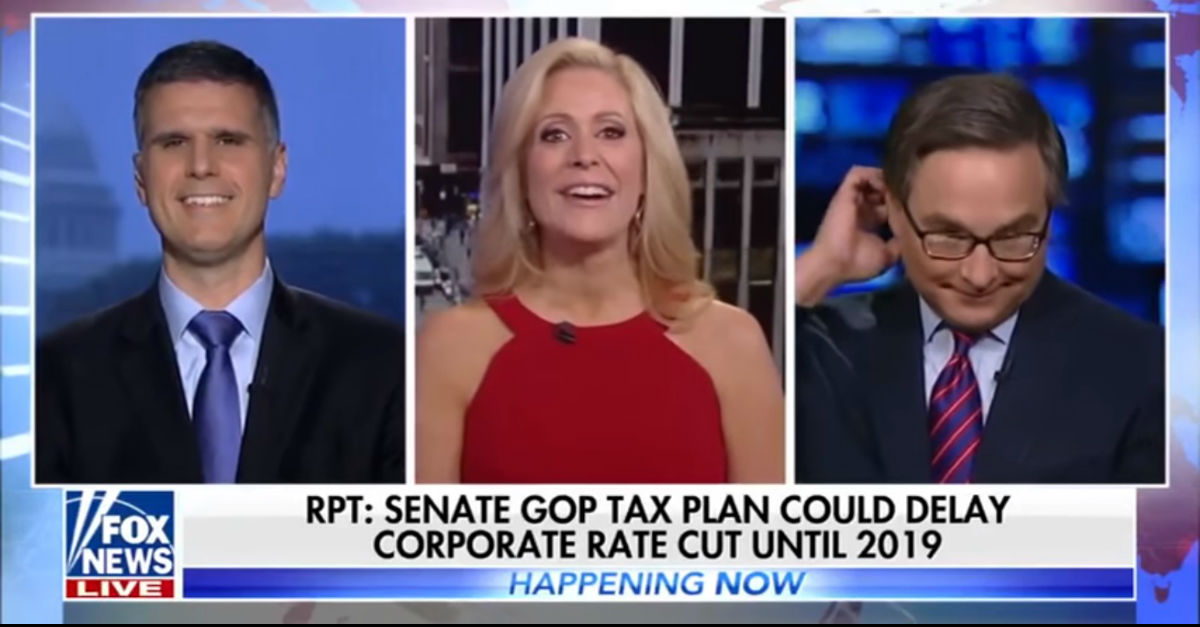 Chaos ensued when a Fox News host and a former Bill Clinton adviser got into a heated exchange over tax reform.

“Happening Now’s” Melissa Francis and New Democrat Network founder Simon Rosenberg went head to head when Francis accused Rosenberg of “doing talking points.” Rosenberg replied that it was “insulting” for Francis to imply that he didn’t understand his own words.

He clarified himself, saying “Democrats are not going to support tax reform that dramatically cuts taxes on people that don’t need tax cuts and prevents middle class people from sharing in the benefits of these tax cuts while driving up the deficit.” He also accused Francis of doing “the same thing over and over again” each time he appeared as a guest.

“You know, Simon, you and I are going to have to get a drink sometime. We can’t show up and fight like this all of the time,” she teased.

“Melissa, don’t worry, because I’m never coming back on this show ever again. So it doesn’t really matter, thank you,” Rosenburg responded, removing his earpiece and microphone before the segment had fully cut to the next screen.

Franics later tweeted she was no longer on Simon’s “holiday card list.”