Former CNN host Piers Morgan has made his unyielding approval of President Trump well-known, and someone finally called him out on it.

While Morgan was predictable a fan of the speech, Guster was less than pleased.

“He’s striking fear, just like Hitler did in Germany,” Guster told Kristin Tate when speaking of whether or not Trump divided or united. “He’s saying these are the people with the problems.”

RELATED: President Trump’s congressional address was so well-received that some on “The View” had praise

Morgan did not agree with the connection to Hitler and jumped in to confront Guster.

“Piers, you drink his bathwater, so you think everything he does is great, but you’re wrong,” Guster said matter-of-factly.

Morgan disagreed, saying, “I do not drink Donald Trump’s bath water, though I’m sure it tastes delicious.”

“I’m not sure,” Guster said. Refusing to back down, he said. “You drink the Kool-aid.” 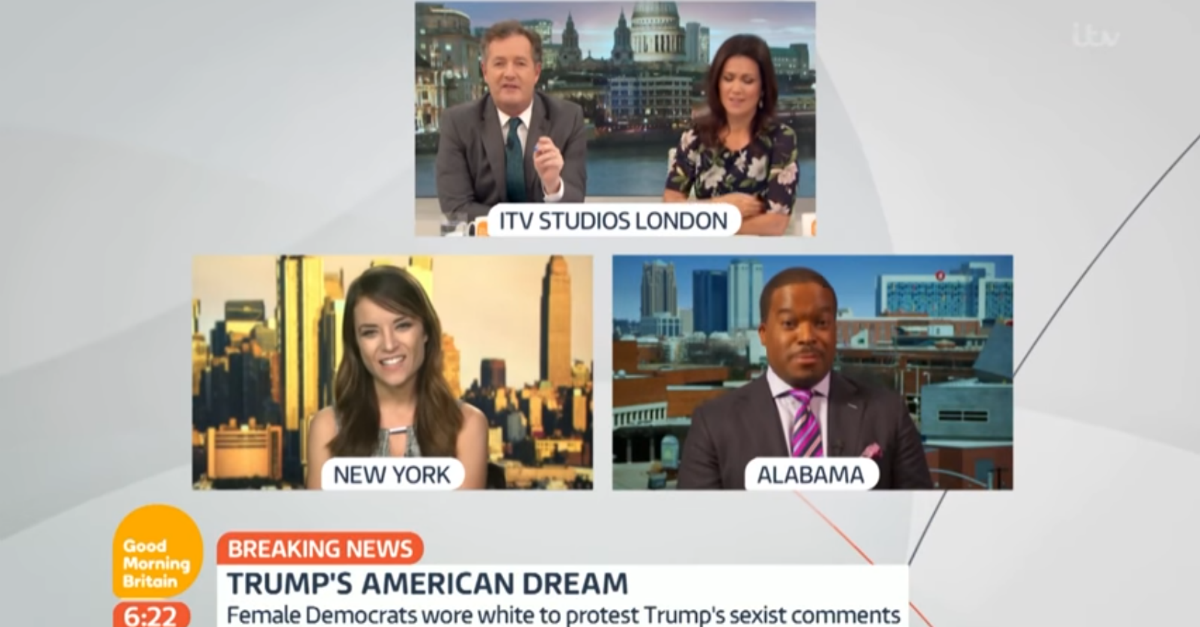