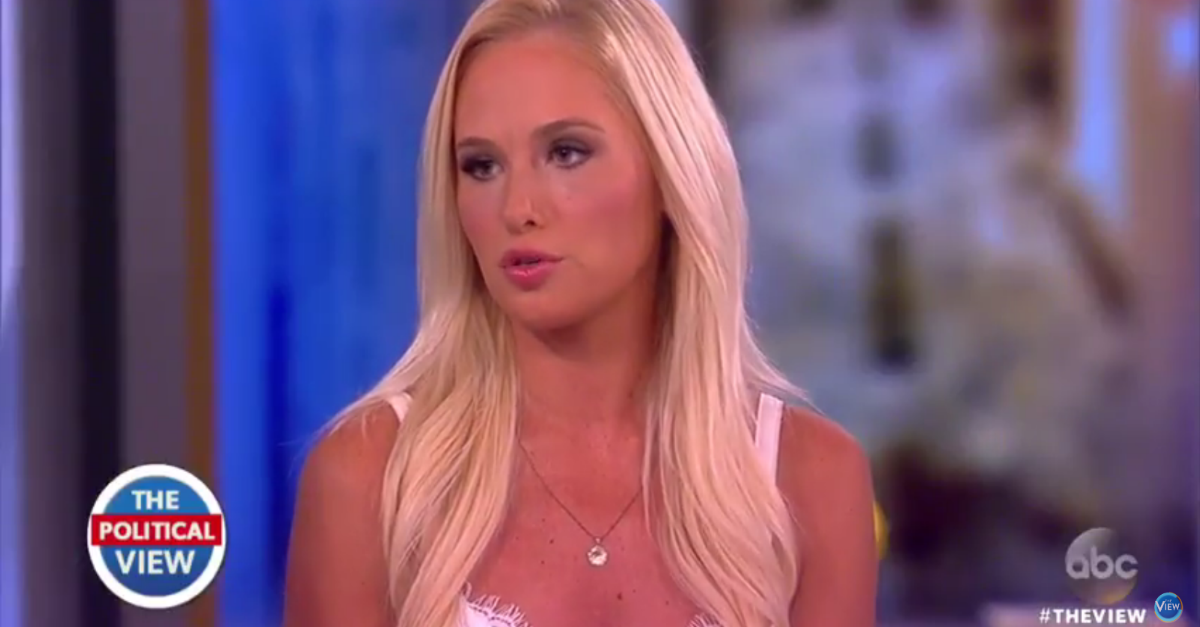 The often controversial Tomi Lahren of TheBlaze joined the women of ABC’s “The View” on Friday.

After spending some time on her reach in political circles and views on various current happenings regarding President Trump’s administration, Joy Behar asked Lahren halfway through the interview what she thought of Trump’s negative rhetoric toward women.

RELATED: The claws came out again on ?The View? when some of the ladies argued about President Trump?s budget cuts

“Is it difficult for you to support Trump as a leader when he treats women so poorly?” Behar wondered.

Lahren countered the classification, saying that he would not have hired Kellyanne Conway, who is now a senior adviser, to run his campaign during the election season if he was anti-woman.

“If Kellyanne Conway had been a Democrat, you all at this table would have been applauding her, singing her praises.”

Behar argued that saying Trump was not anti-woman because he hired a woman was the same as an anti-Semite saying that all of their friends were Jewish.

Later in the interview, Lahren also addressed other women-related issues such as her decision to be pro-choice.