President Trump accused former President Obama of wiretapping Trump Tower during the 2016 election cycle, and reactions to the claim have naturally been split along party lines.

The accusation has only added to the drama between the media and politicians.

There, Gowdy made a bold claim about journalists when he criticized the use of anonymous sources:

Gowdy said that writing a news piece is “a lot easier” than conducting an investigation, as one could not examine or cross-examine an anonymous source. 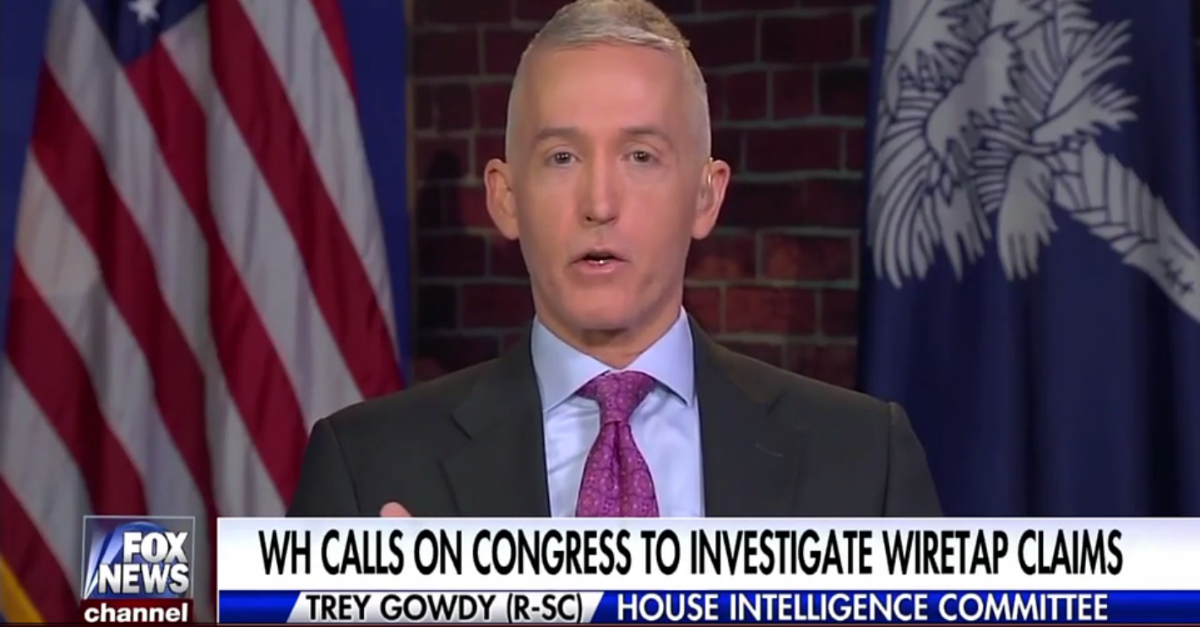