After delivering his Joint Address of Congress, President Trump’s speech was hailed as the moment he truly became president by CNN’s Political Commentator Van Jones, who has not shied away from criticizing him in the past.

“He became President of the United States in that moment. Period,” Jones said. “There are a lot of people who have a lot of reasons to be frustrated with him, to be fearful of him, to be mad at him. But that was one of the most extraordinary moments you have ever seen in American politics, period. And he did something extraordinary for people who have been hoping that he would become unifying, hoping that he might find someway to become presidential. They should be happy with that moment.”

In addition, he had some advice for opponents of Trump.

“For people who have been hoping that maybe he would remain a divisive cartoon, which he often finds a way to do, they should begin to become a little bit worried tonight,” Jones warned. “Because that thing you just saw him do, if he finds a way to do that over and over again, he’s going to be here for eight years. Now, there is a lot he said in that speech that was not factual, not right that I oppose and will oppose. But he did something tonight that you cannot take away from him: he became President of the United States.”

"He became President of the United States in that moment. Period." @VanJones68 on Trump honoring a Navy SEAL's widow https://t.co/NrIBVZvgRT

RELATED: Trump takes a minute in his speech to congress to honor fallen navy officer Ryan Owens and his sacrifice for his country 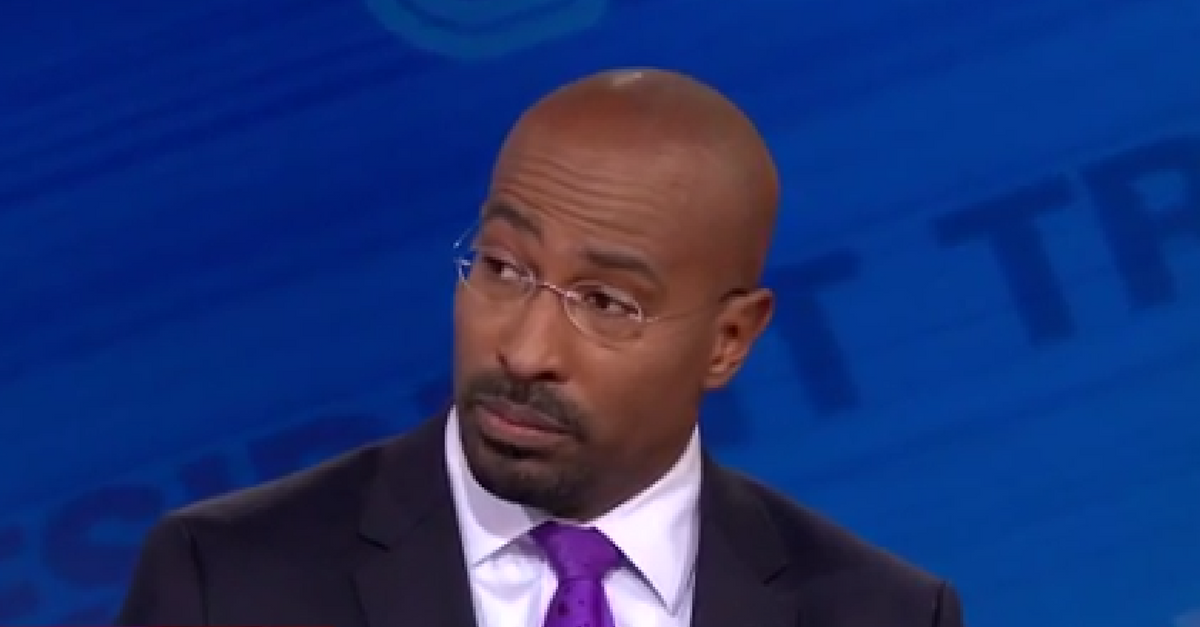 More From: The media