President Trump’s budget proposal puts a lot of organizations and nonprofit industries on the chopping block. One such organization is publicly-funded radio and television. On Friday, Fox News pundit Tucker Carlson hosted Robin Bronk who is the CEO of the Creative Coalition, a nonprofit advocacy group that supports the National Endowment for the Arts. Under Trump’s new budget plan, the NEA’s budget will face a $148 million cut.

Carlson repeatedly expressed the sentiment that the arts are enjoyed by “rich people,” though at one point he conceded that “there are people who like the arts who aren’t rich.” He also suggested that “rich people” like “Mark Zuckerberg” or “Warren Buffet” fork over the money necessary to fund the arts.

On several occasions, Bronk stated that the return-on-investment for the NEA is something to be marveled. When Carlson suggested that the NEA grants are moved to fund rehabilitation for those addicted to drugs like heroin, his guest posited that “NEA grants fund programs that keep kids away from drugs, away from the streets.”

Carlson definitely wasn’t buying his guest’s argument that the arts are an important investment. He continuously fell back on his trademark chuckle when Bronk put forth statements like, “The right to bear arts.” 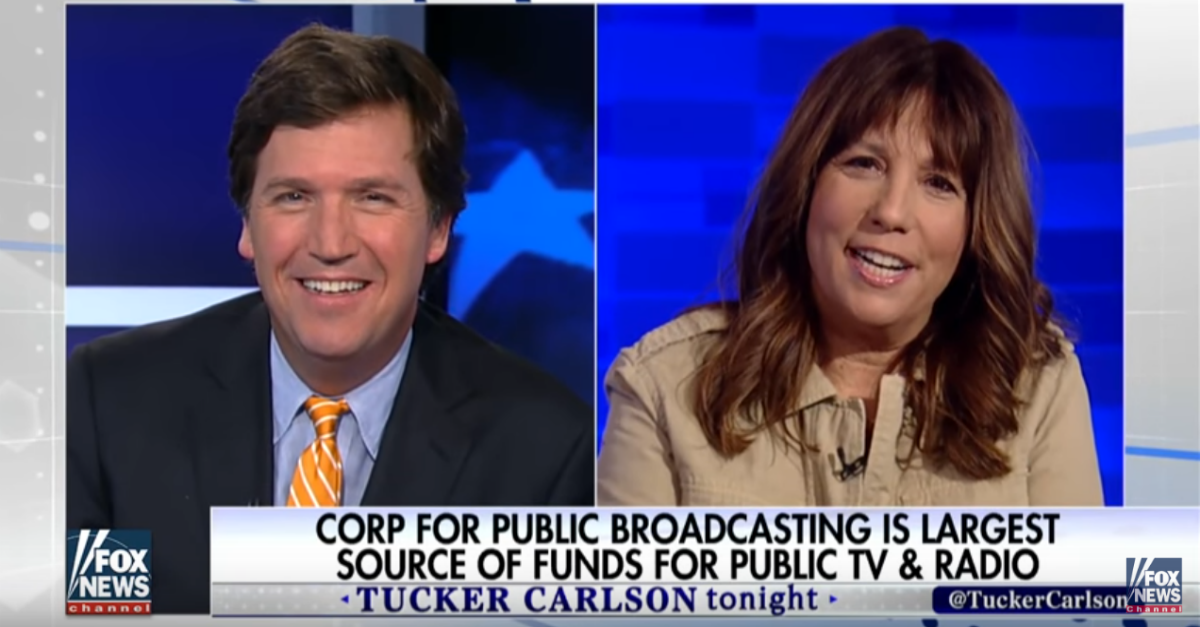