Since the downfall of Bill O’Reilly, Fox News host Tucker Carlson has risen to the second biggest name on the network after Hannity. On Friday evening, Carlson weighed in on the recent tweets that President Donald Trump sent out criticizing MSNBC hosts, Joe Scarborough and Mika Brzezinski. Before expressing his own thoughts on the statements, Carlson highlighted the reaction of Democratic lawmakers and media pundits who expressed “shock and horror” at the tweets.

But later, Carlson took a more serious tone and gave his own thoughts on the tweets. He declared:

The left’s response to this is predictable and silly–no surprise there. But that is no defense of these tweets. They were stupid and they were counterproductive. They achieved no police objective…they brought joy to the left while embarrassing the president’s supporters.

He continued: “The left doesn’t hate Trump because he’s vulgar–though he is…they hate Trump because he’s a nationalist who says the interests of America, and it’s people ought to come first.” Carlson posited, “That’s the real tragedy of today’s tweets. They were a diversion. When the president talks about the people who elected him, he wins. When he talks about himself, the left does.” 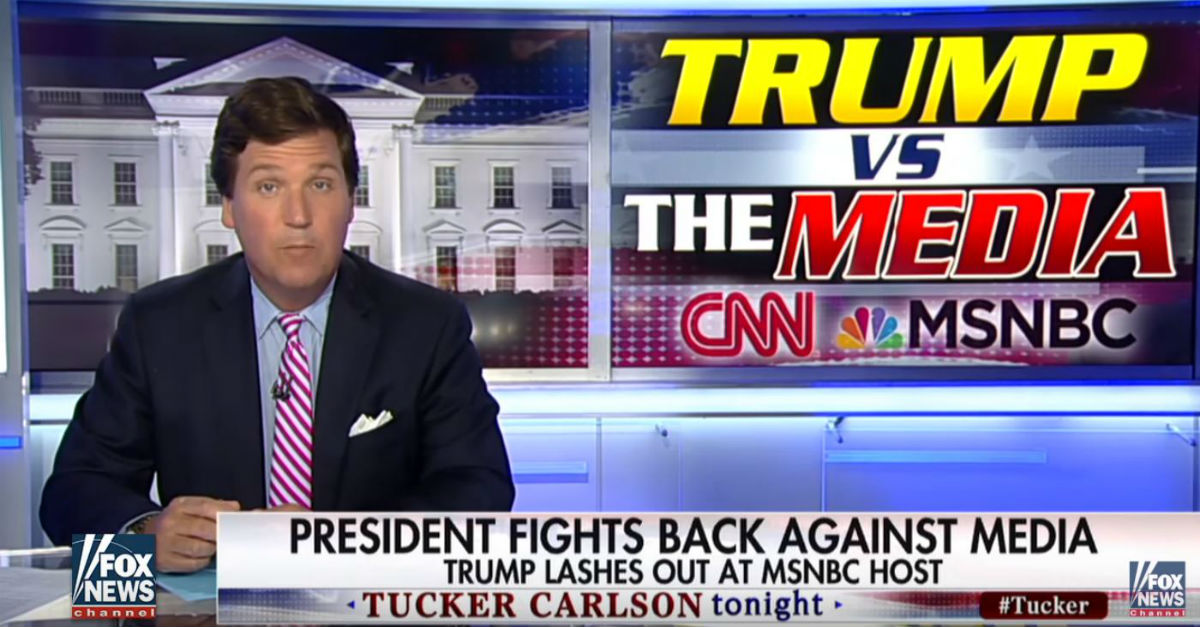