WFAA sports anchor  and Vietnam War veteran Dale Hansen made waves on Monday in a three-minute segment with his defense of Colin Kaepernick and national anthem protests, the shots he took at President Donald Trump and an appeal to read the Constitution.

Hansen began by noting that Colin Kaepernick still doesn’t have a job in the NFL and that “very few [players had] said much about that” until President Trump made his “get that son of a bitch off the field” Friday.

He then argued that it’s wrong for President Trump to support peaceful protest as an American right “but not this protest,” comparing that to saying “Martin Luther King should have marched across a different bridge.”

Hansen said that he is a Vietnam War veteran whose “foot hurt, too,” a thinly veiled shot at Trump. The sports anchor was referencing the president’s five deferments from serving in Vietnam. As Business Insider reported, four of those were for education, and the fifth was medical, for heel spurs.

“I served in the military during the Vietnam War … and my foot hurt, too. But I served anyway,” he said, remembering his friend Carroll Meir, who was killed in action at the age of 18.

Getting to the heart of the national debate, Hansen said that players protesting “are respecting the best thing about America,” freedom of speech, and are not “disrespecting America or the military.” But all you have to do is open your eyes and ears to realize many Americans don’t see it that way.

Hansen went so far as to say, “If you don’t think white privilege is a fact, you don’t understand America,” before comparing President’s Trump’s response to Charlottesville with his response to national anthem protests.

The anchor closed by saying, “Maybe we all need to read our Constitution again. There has never been a better use of pen to paper. Our forefathers made freedom of speech the First Amendment. They listed 10, and not one of them says you have to stand during the national anthem.” 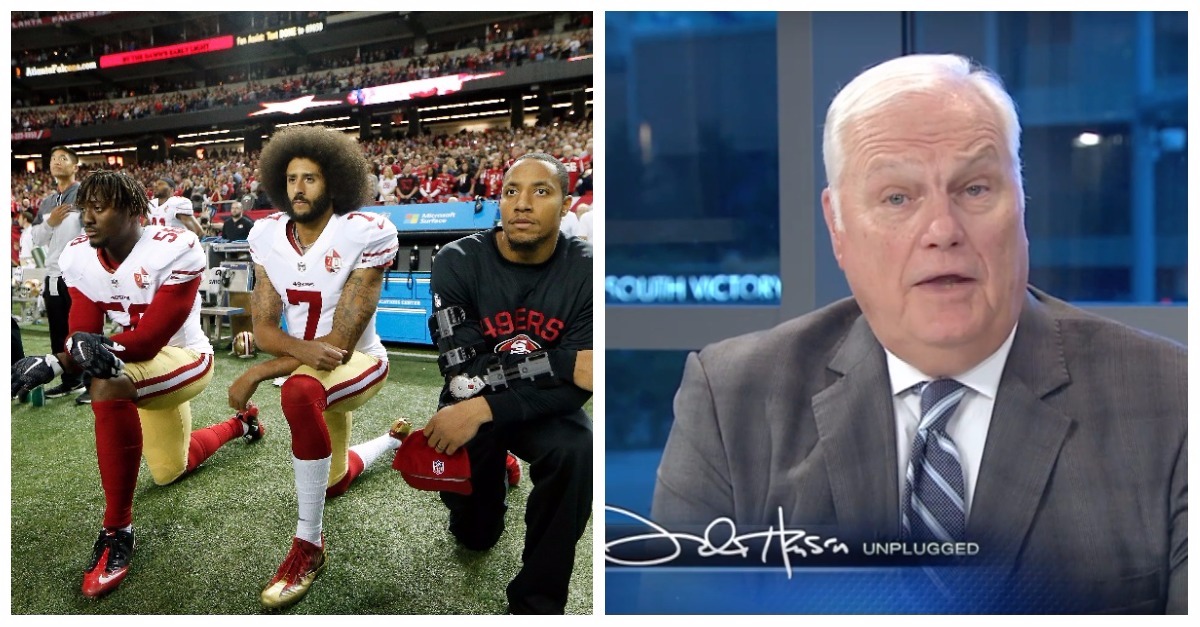