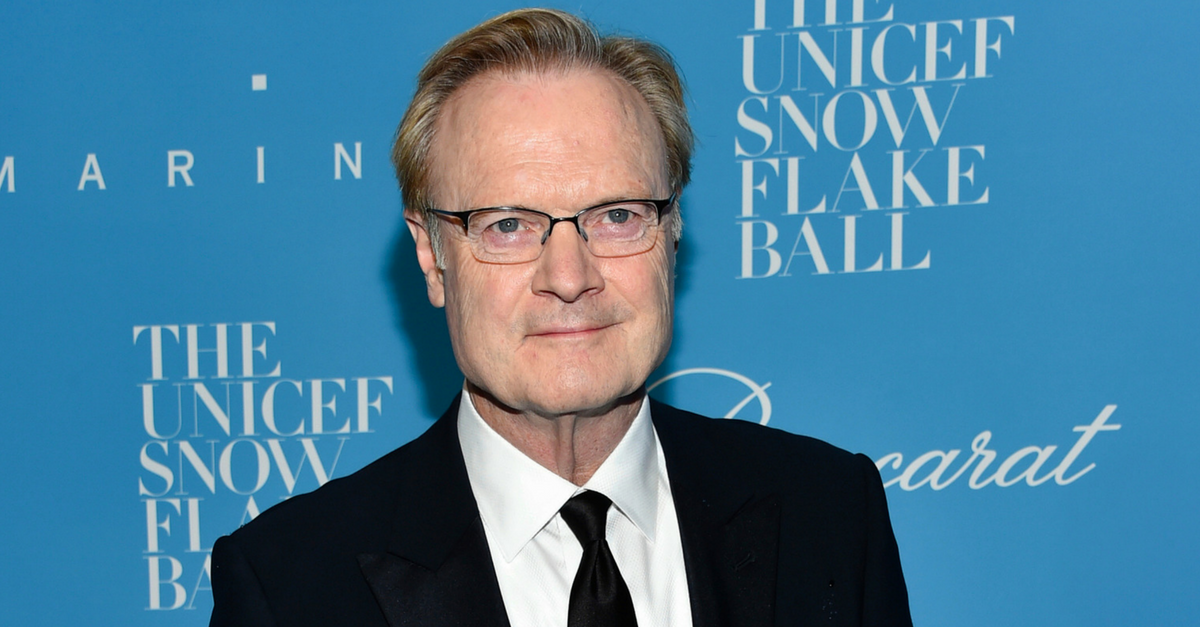 In footage obtained by Mediate from Lawrence O’Donnell’s August 29 episode on MSNBC, the anchor completely loses his cool during an earpiece malfunction.

After introducing a clip about President Trump, O’Donnell grows angry as the clip presumably plays on-air. With his voice rising, he says, “What?s going on, why am I losing this, why don?t I have sound? Who?s asking for a Labor Day rundown in my ear? God dammit.”

In another clip of the eight-minute video, he declares, “There?s insanity in the control room tonight” and shakes with anger. The pattern continues as O’Donnell complains about his earpiece in subsequent clips.

RELATED: A CNN panel spiraled out of control when one guest questioned Paris Dennard?s ?blackness? on the air

O’Donnell proceeds to drop several f-bombs as he bemoans the editing of a clip and slams items onto his desk and the floor, saying, “It just fucking sucks. It fucking sucks to be out here with this out of control shit.”