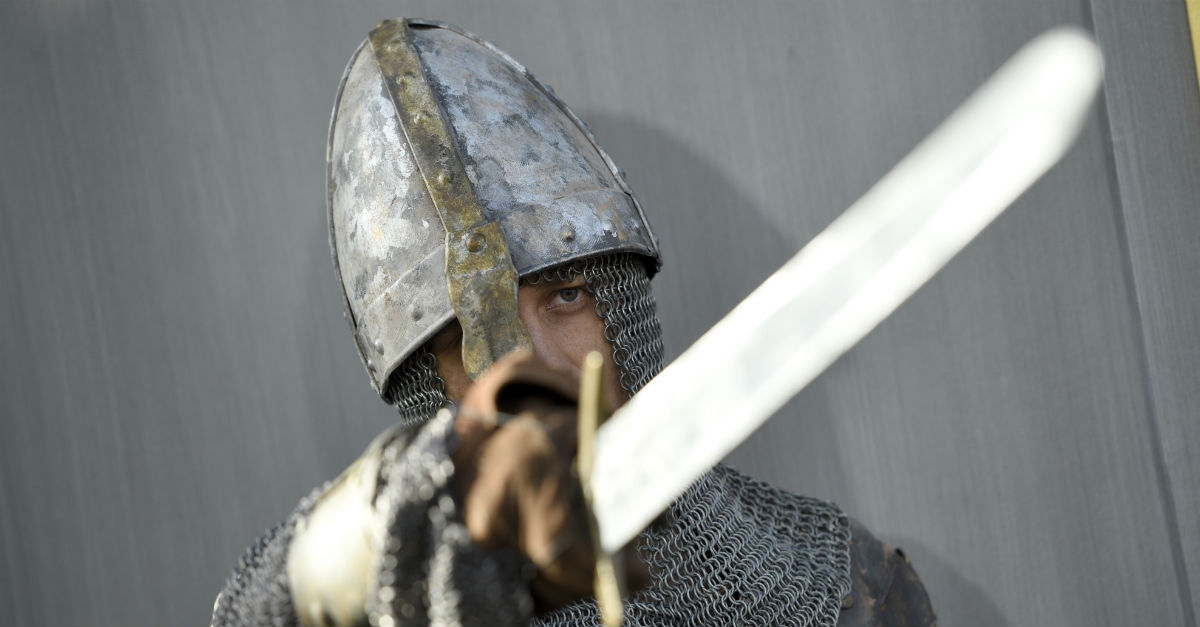 A commonly asked question in writing classes is, “Are your verbs working hard enough?” The idea is that using the right verb is far more effective than dumping in the first boring verb that comes to mind and trying to prop it up with adverbs. “He collapsed” beats “he sat down exhaustedly” every time. “Collapsed” pulls its weight; “sat” does not.

It’s good to check in once in a while to make sure your verbs aren’t slacking off, but today, I’m here to talk about what happens when your verbs snort a line of cocaine and start swinging their desktop monitor around by its power cord.

Yes, I’m talking about the unfortunate trend in media that encourages hack writers to spew angry, one-note pieces with headlines resembling Mad-Libs that were filled in by repeatedly clicking on a Protoss Archon (“destroy,” “annihilate,” “obliterate,” “eradicate”).

Perhaps the worst offender here is the verb “eviscerate.” Shortly before his retirement from “The Daily Show,” Jon Stewart devoted an entire segment to mocking the many news outlets that had credited him with “eviscerating” some entity, person, or idea.

A good rule of thumb for you writers out there is to think about the literal meaning of your verb. The Merriam-Webster Dictionary defines “eviscerate” primarily as “to take out the entrails of.” So, unless you want your readers to imagine Congressman Trey Gowdy literally tearing out the guts of a liberal Facebook commenter like a zombie from “The Walking Dead” (which, admittedly, he could probably do with little to no makeup), I’d suggest using another word.

RELATED: This week proved that so-called “true journalism” has no idea how to handle social media

If you do want your readers to picture something that gruesome, then I’m even more concerned. Bad writing is one thing; intentional inflammation is quite another. We gravitate toward words like “destroy” and “annihilate” (literally “reduce to nothing”) because we long for closure in an increasingly confusing world.

When Tomi Lahren ties up Colin Kaepernick, throws him in the trunk of her car, bashes his brains out with a sledgehammer, lights his corpse on fire, and feeds the ashes to her pet hogs, well then, that must be the end of Colin Kaepernick and his pesky unpatriotic ideas. Unfortunately, he and his fellow victims of media disembowelment just don’t seem to get the message. Frustration builds. Our Facebook feeds devolve into bloody battlegrounds that pit brother against brother and casual work acquaintance against that weird kid we went to high school with. And, as we search for that elusive knockout punch, our rhetoric becomes more and more violent.

Earlier this week, I saw an article from an outlet called American News (no link because I don’t want to give them traffic), a news service for those brave patriots who love irresponsible vagueness (“Gunman Opens Fire In Major US City… It’s Happening”), bloodthirsty provocation (“Comment below what you think their punishment should be”), errors in grammar and spelling (“You do not want to be in Trey Gowdy sites”), and the most disgustingly clickbait-y headlines ever written.

The article I was unfortunate enough to come across carried the Facebook header, “Green Beret rips Gwyneth Paltrow limb from limb for what she just said.”

I don’t even want to imagine that one.

RELATED: Who will save us from political lies? Not the online fact-checkers

This kind of language removes all traces of nuance while violently dehumanizing the other side and not solving a damn thing. No matter how many times Samantha Bee performs the execution from the end of “Braveheart” on racist Trump supporters, they’re not going to change their minds.

Writers, we’re better than this. “Challenges,” “disproves,” and “refutes” are all perfectly acceptable words, none of which force me to picture anyone’s gruesome death.

Oh, and if you write for American News, just quit your job.